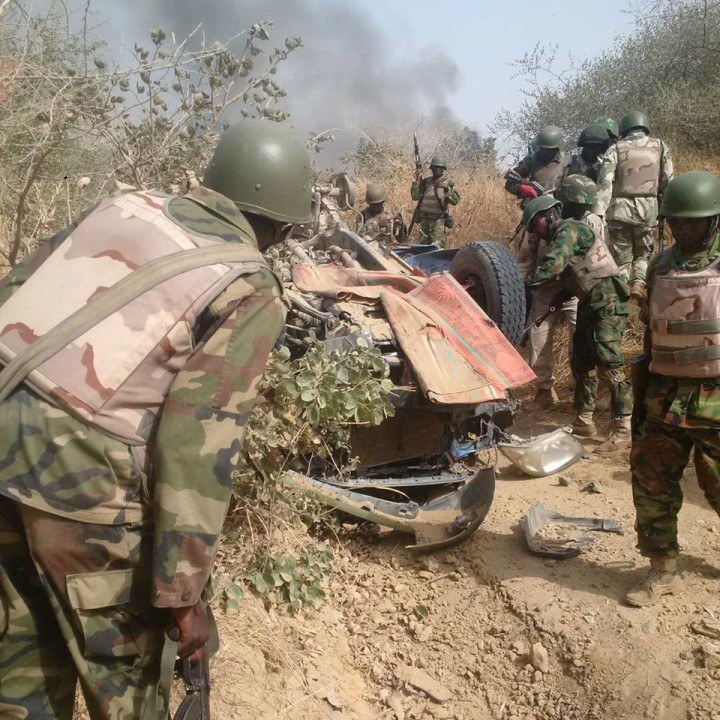 The Chief of Army Staff, Lt.-Gen. Tukur Buratai has revealed the arrest of a Boko Haram terrorist in Ikorodu area of Lagos State. Buratai said the terrorist, one of those fleeing from the hitherto Boko Haram stronghold of Sambisa Forest, was arrested on Saturday.

Buratai made the revelation in a remark before Gov. Kashim Shettima of Borno cut the tape to re-open two major roads in the state that were closed since 2013 at the height of the atrocities of the insurgents.

The roads are Maiduguri-Gubio-Damasak and Maiduguri-Monguno-Baga. They were opened in the wake of the declaration by President Muhammadu Buhari that the terrorists had been flushed out of Sambisa Forest.

Buratai charged the troops not to relent until all the terrorists who had waged a war against Nigeria since 2009 are arrested.

“You must maintain the momentum of the operation. We must pursue the terrorists wherever they are. We must not allow them to regroup,” the army chief said.

He said in spite of the take over of the terrorists’ last strong hold in the Sambisa forest as announced by President Muhammadu Buhari, “we have no time to waste”.

The chief of army staff described the seven-year fight against the Boko Haram terrorists as “quite sober and touchy”, saying that a number of officers and soldiers had lost their lives in the war.

He prayed for the repose of their souls and vowed that the army would recommit itself to the fight until “remnants’’ of the terrorists were cleared.

Maj.-Gen. Lucky Irabor, the Theatre Commander, Operation Lafiya Dole, had earlier said that the North East had been secured.

He also said that insurgency had brought untold hardship on the people of Borno people and the entire North East zone.

Irabor said that the roads being reopened were closed three years ago to check the incursion of the insurgents, adding that the reopening of such roads was an indication that the terrorists had been defeated.

In a message, the Chief of Defence Staff, Gen. Gabriel Olonisakin, also charged the military to maintain the tempo of operation and ensure that terrorism was eliminated from the North East.

Represented by the Chief of Administration, Defence Headquarters, Rear Admiral A. A. Dacosta, Olonisakin restated the commitment of the military to defeating the terrorists.

NEWER POSTGovernor Shettima: “The Best Christmas ever in Borno” in 5 years
OLDER POSTNigerian Army: Sambisa Forest To Become a Military Base in 2017