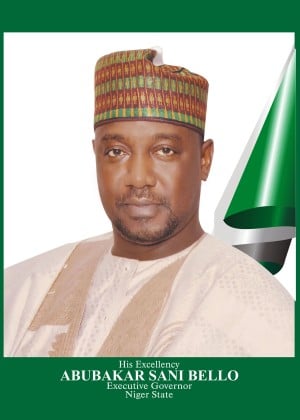 Niger State Governor, Alhaji Abubakar Sani Bello has described the capture of CAMP ZERO, Sambisa Forest which was the last stronghold of Boko Haram, as a global achievement made possible by the political will of President Muhammadu Buhari  and the commitment of the Armed Forces and other security agencies.

Governor Sani Bello said the destruction of Sambisa Forest is a clear and strong message to all criminal elements in the country of the capacity,  willingness of the Armed Forces and other security agencies as well as the political will of Mr President in securing  every inch of Nigeria.

In a congratulatory message signed by his Chief Press Secretary, Malam Jibrin Baba Ndace, the governor said the destruction of CAMP ZERO was  an indication that with the right leadership, temperament, conducive environment and  political will, the Nigerian Armed Forces and other security agencies are capable of defeating any criminal elements operating within the country.

Governor Sani Bello commended the Armed Forces, particularly the Nigerian Army and the Nigerian Airforce for their determination, commitment and  bravery.

“I commend the effort of the Army, Airforce and all the security agencies involved in the operation that led to final liberation of the dreaded Sambisa Forest. Above all, I commend President Muhammadu Buhari for his political will in seeing to the end of Boko Haram.”

The governor called on security agencies to work together in ensuring that all  ‘CAMP ZEROs’  are cleared in Nigeria.

“CAMP ZERO  in Sambisa Forest is a metaphorical representation of other enclaves of criminal elements in the country such as armed robbers, kidnappers, cattle rustlers among others. I urge security agencies to work together in identifying and destroying  such  strongholds.”