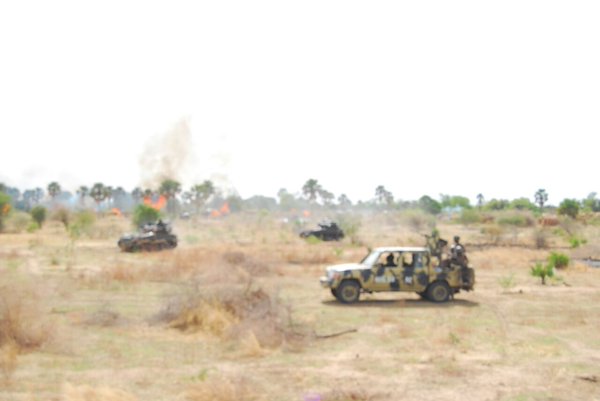 In continuation with the special clearance and rescue operations otherwise known as Operation CRACKDOWN, within the Sambisa forest, troops of 7 Division have yesterday Tuesday, 17th May 2016, cleared Boko Haram terrorists out of their Njimia camp within Sambisa forest.

This was made known in a statement made available to media by the Acting Director Army Public Relations, Col. Sani Kukasheka Usman.

The troops continued their advance through Alafa Main , Alafa Extension and Alafa Yaga-yaga, where they cleared remnants of the Boko Haram terrorists hibernating there before arriving at their main objective, Njimia.

Apart from destroying the camps, the troops rescued 41 hostages who were mostly women and children. The troops also recovered 2 Dane Guns, several vehicles, motorcycles and bicycles belonging to the terrorists. 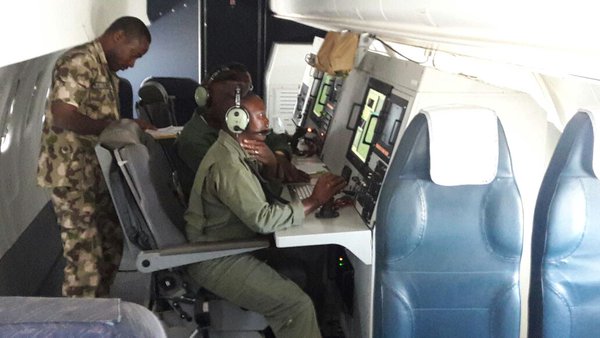 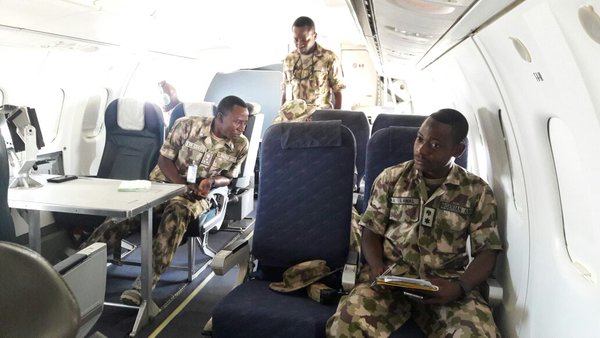 One significant aspect of this feat today was the combination of ground forces assault, Nigerian Air Force Jets provision for combat air support and monitoring of the operation directly by the Acting General Officer Commanding 7 Division, Brigadier General Victor Ezugwu on board Air Force reconnaissance aircraft.

It is gratifying to note that no casualty was recorded by own troops through the conduct of this operation.