Bangladesh to Learn From the Nigerian Armed Forces’ Fight Against Insurgency 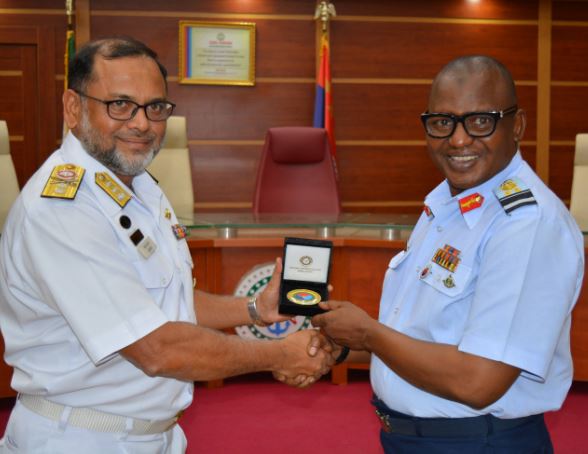 Team leader of the members of the Bangladesh National Defence College on Geo-strategic study tour of Nigeria that visited the Chief of Defence Staff (CDS), General Abayomi Gabriel Olonisakin at the Defence Headquarters, Abuja. The leader of the delegation, Rear Admiral Anwarul Islam, pointed out that the dramatic way in which the Nigerian Military routed the erstwhile deadly Boko Haram in the last one year was worthy of commendation.

He noted that the Nigerian Armed Forces are well known for their contributions to peace support operations worldwide and have contributed tremendously to world and regional peace. 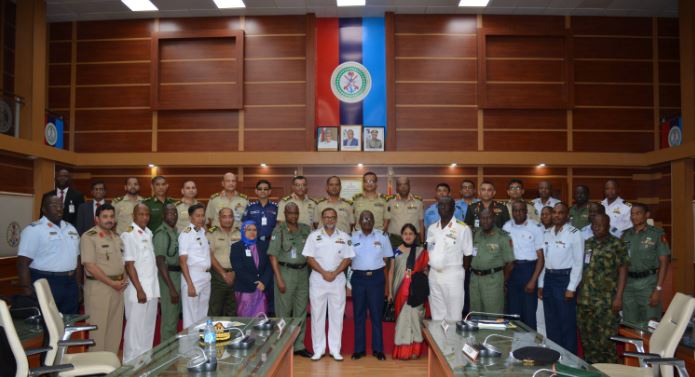 While welcoming the delegation to Defence Headquarters (DHQ) the CDS, who was represented by the Chief of Policy and Plans at DHQ Air Vice Marshal Bashir Saidu, assured the team of the Nigerian Armed Forces’ readiness to partner with the Bangladesh Armed Forces and to synergize with other willing nations in the global war against terror. The team was later briefed on the operational activities of the Multi-National Joint Tasks Forces and Operations LAFIYA DOLE in the North Eastern part of Nigeria.

NEWER POST“Fight Against Corruption Must Be A Global Security Priority Of The First order “ – John Kerry
OLDER POSTWar-Torn Syria: Baby Pulled Out Of Injured Mother’s Womb