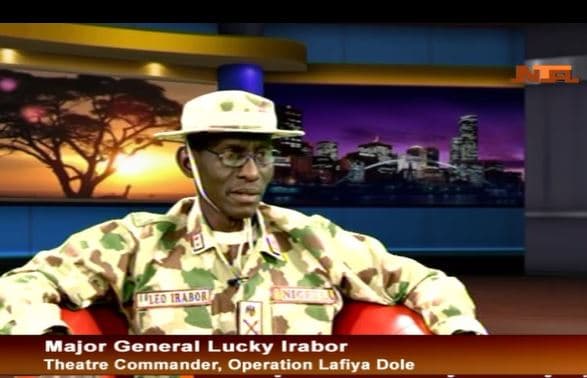 The commander says leadership was key to the  success of operation lafiya dole and this was provided by the chief of army staff General Tukur Buratai as well as other security agencies.

However, he emphasised that the issue of security is a multi-sectorial engagement.

With about one thousand two hundred and forty girls rescued the major general reassured Nigerians that the military will not rest on its oars in ensuring that the remaining chibok girls are found and rescued.