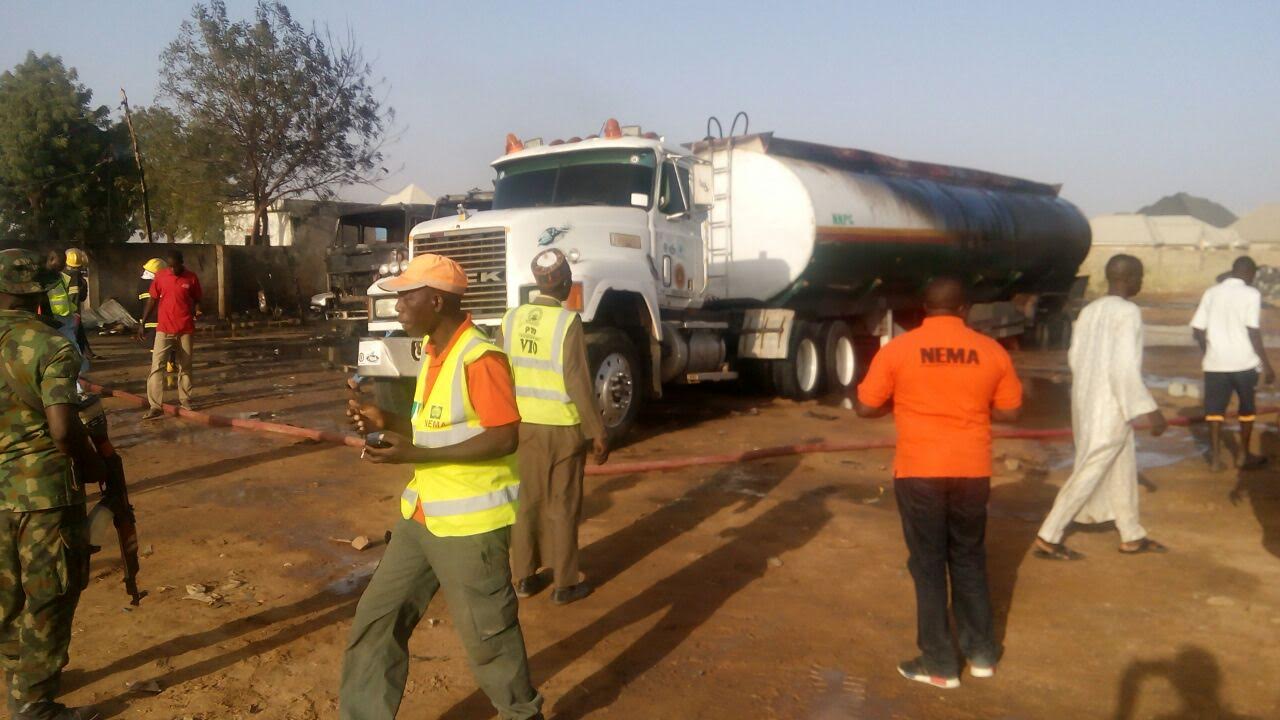 Suicide Bombers killed in an attack near NNPC Depot in Maiduguri

Two female suicide bombers died in the attack they carried out near the depot of NNPC in Damboa road, Maiduguri early on Friday.

The command’s spokesman, Mr. Victor, said on Friday, ““Our men are still working at the scene”.

He promised to release details of the attacks later.

Mr Ibrahim Abdulkadir, a staff of the National Emergency Management Agency (NEMA), in Maiduguri, said that one of the bombers detonated his explosives,

He confirmed that the suicide bombers were earlier noticed by civilian Joint Task Force (JTF).