The Nigerian Army on Tuesday organised a town hall meeting with stakeholders in Southern Kaduna to explore ways of ending the recurring crisis in the area. 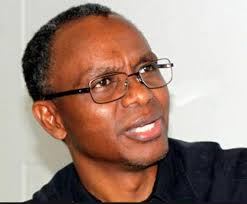 The News Agency of Nigeria (NAN) reports that the meeting, held in Kafanchan, was to seek alternative measures to complement the military in bringing about permanent peace to the area.

In a message to the occasion, the Chief of Army Staff, Lt.-Gen Tukur Buratai assured that the ongoing special operation tagged `Harbin Kunama II,’ was to engage the people in securing the area.

He said that the residents must reslove to live in peace and harmony to stem unwarranted loss of lives and property going on in the area for years.

Represented by the Commanding Officer, 1 Division, Nigerian Army, Major Gen. Adeneyi Oyebade, the Army Chief emphasized the need for dialogue as the most civilized approach to conflict resolution.

Buratai assured the people that the military would continue to discharge its mandate of securing lives and property of all citizens.

He expressed the hope that the residents would resolve to end the cycle of violence in the area by embracing dialogue and mutual respect for one another.

He expressed concern that the state government was spending huge sums of money on security instead of providing infrastructure and sustainable livelihood for the people.

Bantex advised all communities to live in peace and learn to address any security breach with civility and according to the law.

He stressed that no individual or community has the monopoly of violence hence the need to resist the temptation to perpetrate evil.

“The Army believes in soft power approach to creating peace among communities bedeviled by crisis,” he said.

Angbazo noted that there was no alternative to peace, adding, “the meeting was also to consolidate on the security gains so far achieved in Southern Kaduna through dialogue.”

The Director Genreal, Institute for Peace and Conflict Resolution, Prof. Osita Osita observed that the tendency to undermine the cultural heritage of others remained a challenge to efforts at maintaining national cohesion.

Osita urged the people, irrespective of tribe and religion, to value the existence of one another to promote peaceful coexistence.

He challenged them to tolerate and accommodate each other to pave way for meaningful development.

NAN reports that the town hall meeting, sponsored by the Department of Civil-Military Affairs, had the topic, “The Impact and Implication of Terrorism and Ethno-Religious Crisis to National Security Architecture”. (NAN)