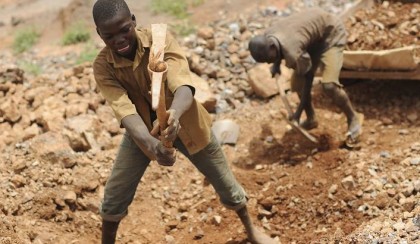 The duo gave the directive on Monday when they, in company of Gov. Simon Lalong, visited mining sites at Campania Zurak in Wase Local Government Area of Plateau.

They also ordered the arrest of staff of a mining company, including some Chinese nationals, and be taken to Abuja for interrogation.

According to them, the Federal Government has warned that it will no longer tolerate any act of sabotage on the nation’s economy.

Fayemi said that his ministry was responsible for issuing licences to mining companies and that the one operating in Zurak had not approached the ministry for a licence.

The minister said that the ministry was determined to check illegal mining in the country.

He said that doing such would boost the country’s revenue and contribute significantly to the diversification of the country’s economy.

Gov. Lalong said the measure marked the beginning of the fight against illegal mining on the Plateau.

Lalong said if the mineral deposits were properly harnessed, the state would not rely on federal allocation to survive.

According to him, Plateau is blessed with abundant minerals that can sustain the state economy.

Rep Idris Maje, (Wase Federal Constituency), said the illegality had persisted for almost a decade with the aid of some security agents. (NAN)