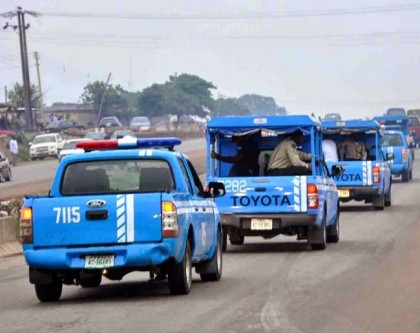 The Federal Road Safety Commission (FRSC) on Monday cautioned motorists against excessive speed and reckless driving during the Eld-el-Kabir celebration.

The FRSC commander said that many motorists, in their bid to go on many trips during festivals, drive recklessly and speed beyond normal limits.

“Road accidents are mainly caused by human error, largely due to the impatience of motorists.

“Motorists should always be mindful of their speed and obey all traffic rules for the safety of lives and property.

“Most of the road crashes are recorded during the festivals and the ember months.

“There is no bad omen associated with these periods; most drivers simply throw caution into the air during these times,” said Jack.

Mr Phiilip Ozonnandi, the Unit Commander in Ore, also urged drivers to desist from the usage of expired tyres.

The commander also said that personnel would be deployed on the Benin-Ore Expressway to check excesses of motorists, particularly during the Sallah celebrations.

“I urge drivers to install speed limiters on their vehicles, which is more beneficial at reducing speed and subsequently, saving lives,’’ he said.

“The FRSC is trying to ensure that drivers and passengers do not end up in hospitals or mortuary, which will put their families in disarray,” he said.

The News Agency of Nigeria (NAN) reports that members of  the NURTW, the Road Transport Employees of Nigeria and Amalgamated Commercial Motorcycle Owners and Riders Association of Nigeria  attended the programme.

FRSC marshals, alongside men of the the Nigeria Police, Nigeria Security and Civil Defence Corps, the Department of State Security and the Public Complaint Commission also graced the programme.

The federal government has declared Friday Sept. 1 and Monday Sept.4 as public holidays to mark the Eid-el-Kabir celebration. (NAN)