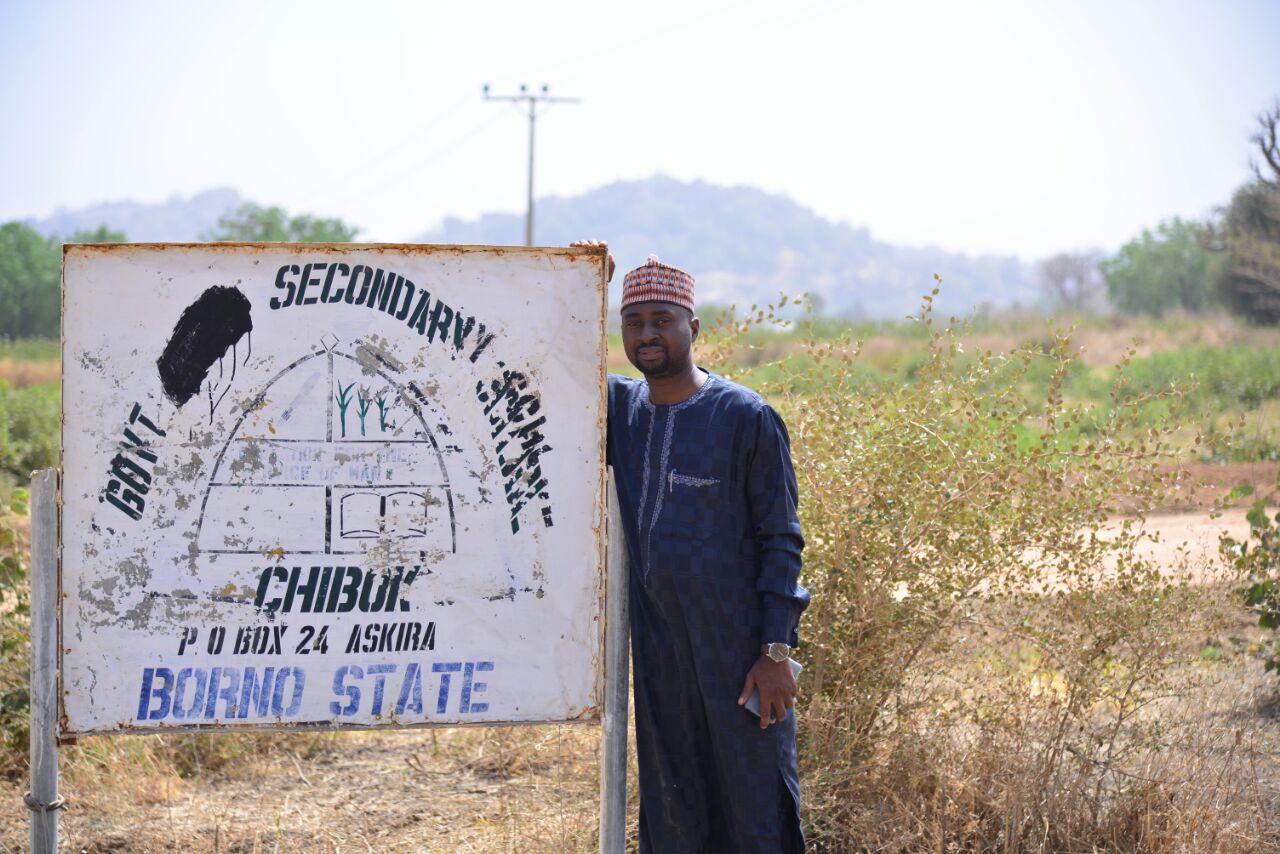 Dispatch From Chibok: A Community’s Resilience In The Shadow of Boko Haram

A combat readied soldier delicately held the anti-aircraft gun at the back of the open van, three other armed soldiers precariously stood beside him scanning the morning traffic as we drove out of Maiduguri. Soon enough we were cruising out of the city, escorted by another van mounted by stern looking soldiers at the rear. These were the complements the theatre Commander, General Lucky Irabor had described as an unbroken special escort when the leader of our delegation, the Vice Chairman of the Presidential Committee on the North East Initiatives (PCNI), Alh. Tijjani Tumsah, led us on a courtesy visit to the Theatre Command a day earlier. Their task that day was to take us to Chibok and back safely. The town had grabbed global consciousness in the wake of the abduction of girls at Girls Government Secondary School on April 14, 2014. The pristine and consistent work of the BringBackOurGirls movement has also ensured the incident remains in our collective hearts.

Most of us in the convoy were passing through the Damboa road since it was opened for the first time recently. Soon enough the now familiar sights of wanton destruction, mortar pockmarks on walls came into view shocking those who were seeing it for the first time. The emptied shells on the right and left shoulders of the road and fallen mobile phone masts all told tales of death and devastation. We passed empty settlements, homes that had become the abode of insurgents until early 2015. Every few kilometres, one is accosted with the ruins of hamlets that are now fading memories in the minds of the townsmen. 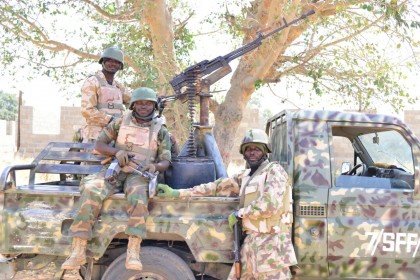 We passed soldiers at desolate intersections, lonely sentries waiting for slight movements in the shrubs to shoot. Shortly after passing Masba village, a loud ricochet followed by a volley of AA bullets interrupted our chatter; it stunned us into our thoughts as our eyes scanned to see if there were any movements around the shrubs. Fortunately, they were simply warning shots by our escorts; however, our hearts had skipped several beats at the possibility of mortality.

A Rebound for Damboa

Hundreds of thousands of IDP families from Damboa hitherto were part of the IDP population in camps in Borno State, but four months ago they went back home after a safety assessment by the army. Today, there are clear signs of a bounce back, amidst great reconstruction going on there. Along the roadsides, the greatest signs of recovery were the fresh oranges, guava, carrots and vegetables on sale. There were also lush green farmlands of spring onions spreading as far as the eyes could see and truckloads of commodities passing through – a testimony of livelihoods slowly coming back after years of displacement.

The Victims Support Fund is also implementing its Livelihood Programme, which is providing support for small businesses and skills empowerment and the forster care project in Chibok, where it places orphans under the care of forster parents and pays them a monthly stipend. 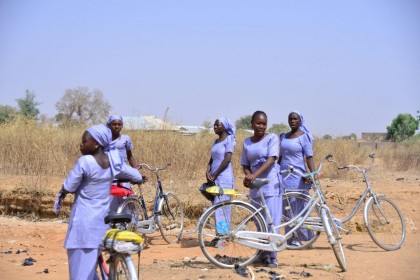 At Damboa, we took a detour to Chibok, passing through an undulating and never been tarred road. We were told it is even more torturous and impassable during the raining season. The journey from Maiduguri should have slightly been more than an hour; however it took us four hours to get there. At last we arrived Chibok and drove state to GGSS Chibok, where we were received by Mr. Yaga Yagarwa, the Local Government Chairman and other cheerful elders of the community. We went round the ongoing ambitious construction within the school, which will include a race track, ICT halls and staff residencies when completed; the project is intended to be a model institution in defiance to the Boko Haram ideology and a tribute to egalitarian values.

A Call for Greater Support for Chibok

The governor of Borno State, Kashim Shettima continues to personally be involved in the development of the Chibok community. Last year he spent Boxing Day with them and pledged to continue working in the interest of the released Chibok girls. Most importantly, 1.8 billion naira has been earmarked for the Damboa-Chibok-Mbalala fifty-five kilometre road in this year’s budget. The Church of the Brethren in Nigeria, alongside the Midland Church of the Brethren in the United States, continues to also support the people of Chibok, not only spiritually but also in the donations of cash and other non-food items. The Victims Support Fund is also implementing its Livelihood Programme, which is providing support for small businesses and skills empowerment and the forster care project in Chibok, where it places orphans under the care of forster parents and pays them a monthly stipend. The PCNI sub-committee on Education under Professor Hauwa Biu is also committed to revamping the educational infrastructure in Chibok LGA and scaling up the livelihood support in the area. 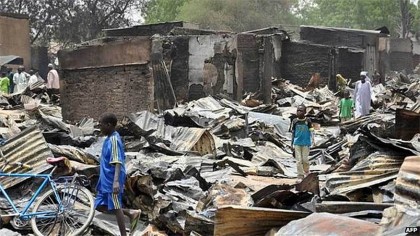 But the Chibok we saw needs more from international and local NGOs, and above all everyday citizens. It needs bore holes, psycho-social support, agricultural inputs, primary health care centres, amongst several other things. We left behind a community of resilient people, from young girls riding bicycles home after a day of studies, to women with stacks of fire wood tied to their bicycles – indeed the women of Chibok are inseparable from their bicycles. There are also courageous vigilantes standing around intersections and clusters of towns people, all waiting for this veil of darkness to pass over and become distant memories.

Alkasim Abdulkadir is the Head of Media and Communications at the Presidential Committee on the North East Initiatives, PCNI.