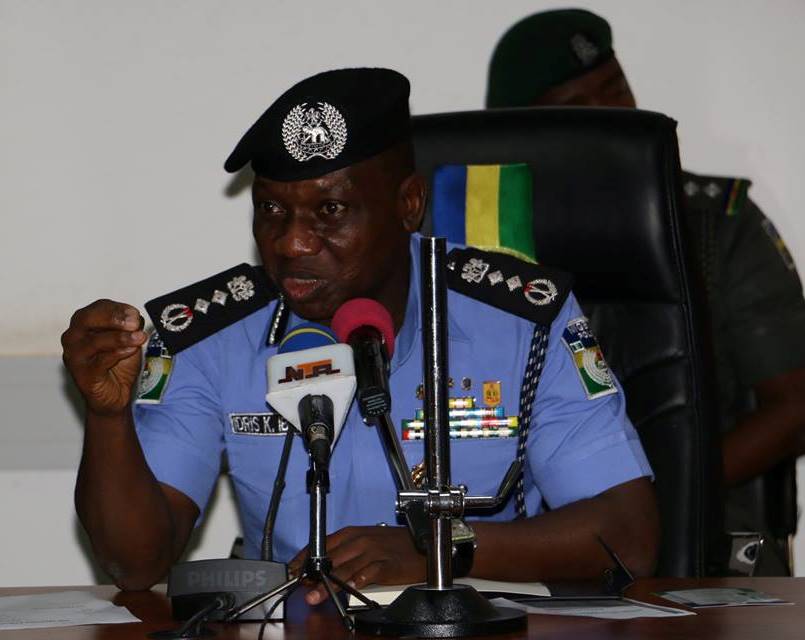 The Inspector-General of Police, Mr Ibrahim Idris, has warned personnel of the force against unlawful arrests and detention of innocent Nigerians.

Idris gave the warning at a meeting with Commissioners of Police and above in Abuja on Wednesday.

He directed all commissioners of police in the states to ensure close supervision of operations of all units in their commands to avoid this unpleasant situation.

“You should ensure close supervision of operations of all units stationed in your commands,”he said.

The I-G said that all police units in the state were under the supervision of the commissioner who supervised activities of the command.

He expressed concern over the conduct of some police officers who were arresting suspects and detaining them without recourse to thorough investigation.

Idris attributed the recent achievements recorded by the police to the synergy between it and other security agencies in the country.

He said that such joint operations had resulted in the arrest of 18 suspects and recovery of cache of arms in Benue.

The police boss assured that the notorious leader of the gang, Gana, who was still on the run, would be apprehended and brought to justice.

He said that the suspect under-declared the arms in his possession during the amnesty given to militants in the state.

“We seized arrays of arms from him, what he declared during the amnesty programme was to fool Nigerians,” he said.

He urged command commissioners to give field commanders maximum support to enable them to discharge their responsibilities effectively.

Idris said that more area commands would be established in the states to address the issue of stagnation of personnel in the commander cadre of the force.

In a related development, the I-G has decorated 11 newly-promoted commissioners of police and one Assistant commissioner of police.

The News Agency of Nigeria (NAN) reports that the Police Service Commission had on Feb. 23, promoted 11 DCP to the rank of CP.(NAN)