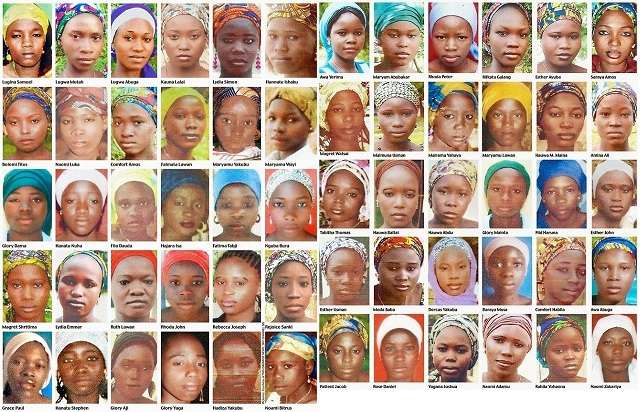 Efforts which President Buhari stated has been ongoing to free the abducted Chibok Girls yielded results today, following the confirmation of the successful release of 82 more of the Chibok Girls which were abducted by Boko Haram more than three years ago.

The girls, according to government sources, were released today after negotiation with the militants.

This brings to 103 the girls already freed by the Boko Haram militants.

The first batch of 21 was freed last October with the aid of the Red Cross and Switzerland. Two others walked into freedom on their own, making 105 girls out of the Boko Haram clutches.

‘They are now at Banki, a border town and will be flown to Abuja on Sunday”, a government source stated.

On April 14, 2014, Nigeria suffered one of the worst crimes committed against its citizens – the abduction of school girls from Government Secondary School, Chibok, Borno State, by the vicious terrorist and insurgent group, Boko Haram.

RELATED ARTICLE: We Will Do Everything Possible To Secure The Release Of The Remaining Chibok Girls ~ PMB

Senate President, Abubakar Bukola Saraki earlier in April stated concerted efforts to bring back the over 200 Chibok school girls that were abducted from their secondary school in Chibok Local Government Area of Borno State three years ago were being explored.

Speaking on the third year anniversary of the abduction of the girls, Saraki pledged that the Senate will continue to do everything within its power to advocate for the return of the remaining Chibok girls — stating that their safe return will signify the closure of a dark chapter in Nigeria’s history.

“I speak on behalf of all Nigerians who truly care, mothers and fathers especially, who cannot imagine the pain of not knowing whether or not one’s abducted child is alive or not,”

The Senate President added, “I know that this government is continuing to explore all options to secure the release of the remaining girls. We will continue to support the administration’s efforts in every way that we can.”