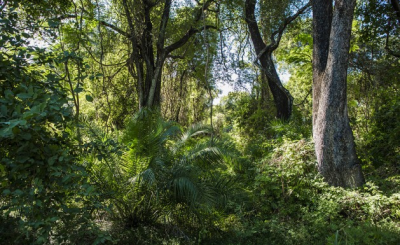 Fr. Samuel Okwuidegbe, a Jesuit priest recalls his horrific three days in the hands of kidnappers, who plucked him right on Benin-Asaba Highway, leaving his car. He was on his way to Onitsha for a retreat.

He is lucky as he survived to tell his story:

It was supposed to be a quiet retreat weekend last April for Fr. Sam Okwuidegbe, a Nigerian Jesuit priest and director of a local spirituality centre.

Before he left, he chatted with his new provincial, Fr. Chuks Afiawari, who joked with Fr. Sam: “Make sure where you are going they don’t kidnap you.”

“We laughed about it,” Fr. Sam recalled.

Little did the priests know that the joke would be an unfortunate foreshadowing of what was to come. In a testimony posted on the website of the Jesuit Superiors of Africa and Madagascar, Fr. Sam recalled how his faith carried him through a traumatic and harrowing experience of kidnapping.

On his way to the retreat, which was to be in Onitsha, in the state of Anambra, Fr. Sam took a familiar, seemingly safe highway on which he had travelled many times. 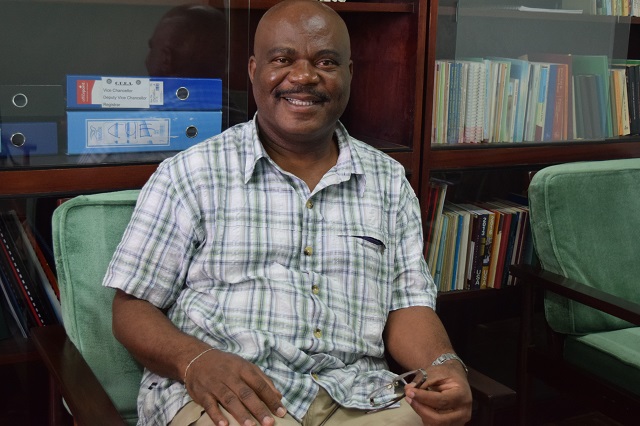 That’s why he was so surprised when he heard gunshots.

“On glancing back I saw all the vehicles behind me stopping, and trying to reverse … that’s when it hit me that there was something dangerous ahead of me,” he recalled.

“On looking up I saw masked men with AK47 rifles shooting. I was so scared. I also stopped my car abruptly and began to reverse, but as I was trying to do that, a man suddenly appeared … and said, ‘If you don’t get out of the car I’ll shoot you.’”

The priest could see behind him that the men had also stopped another car, a black Mercedes, and were forcing two men out of the car. In a hurry, Fr. Sam left his phone in the car.

He quickly identified the armed kidnappers as Fulani herdsmen, a notoriously violent group whose clashes with farmers have killed thousands of people in Nigeria over the past two decades. According to the Global Terrorism Index, they were the fourth most violent militant group in the world in 2014.

Violence against Christians has also significantly increased in the country in recent years, particularly in Muslim-majority areas. In 2016, one Nigerian bishop lamented that Christians had essentially become “target practice.”

The Fulani kidnappers led Fr. Sam and the other two men into the forest at gunpoint for eight hours, barely stopping for breaks. They eventually let one of the two other men go because he could not keep up with the pace, but they first cut his feet so that he could not escape quickly, Fr. Sam recalled.

“The pace in the forest was jogging, jumping over tree trumps, going over leaves, which often cut through our skin. So it was quite brutal!” Fr. Sam said.

The captors started questioning Fr. Sam and the other man, and were suspicious when Fr. Sam identified himself as a priest; they thought he might be a government spy. They stripped him of all his belongings – his watch, wallet, and rosary.

When they questioned Fr. Sam about his phone, the captors were enraged that he had left it in his car – which was fortunate, the priest said because he had saved financial information from his work on it.

The militants asked him if he could remember anyone’s number – someone to call who could negotiate for Fr. Sam’s life and pay off the herdsmen. Traumatised by his experience, Fr. Sam couldn’t remember one phone number.

“That triggered a series of beatings…they huddled me up, hands and feet tied to the back with a rope like a goat before a kill. They removed my cassock, then my shirt, threw me into the dirt on the ground, and began to beat me with the back of their guns, they’d kick me hard on my sides, slap across my face, push and pull me hard across the ground…one of them said ‘We are going to burn you alive!’” the priest recalled.

“I really believed that they were going to do it…I began to pray in silence…I said, ‘God, I commit to you, I commit my spirit’ and I resigned to the thought of my fate, that I was going to die that day.’”

“I hoped for a miracle…every minute I’d pray saying all kinds of prayers, I’d pray to Saint Ignatius, say the rosary and the Divine Mercy (chaplet)…at one time I found myself singing heartily but in the inside, a Ghanaian song that says ‘God speak to me… God, where are you?’ I kept humming in my heart…it gave me hope,” he said.

Eventually Fr. Sam was able to get the phone number of another Jesuit priest through the contact of the other man in captivity. This priest, Jesuit provincial Fr. Jude Odiaka, began negotiations with the herdsmen.

And while at times he prayed for death, Fr. Sam said he felt better once he had made contact with the Jesuits.

“I knew that word must have gotten around about the kidnapping, and that the sisters at the retreat centre and people who knew me all over, must have been praying for me.”

The other man who had been captured with Fr. Sam also was a great comfort, he recalled.

“…the guy I was kidnapped with…he was a grace for me, a gift from God. I hope I was too for him because we exchanged words of encouragement silently, as we were not allowed to talk to each (other).”

Finally, the captors seemed to have gotten what they wanted and started talking about letting the men go.

“I intensified my prayers and I prayed to God ‘Please God, make this end well,’” Fr. Sam said.

“I recalled a saying that ‘God will not bring you this far, then abandon you’, so this brought some assurance to my heart,”

When the militants decided to release the men, they were left to wander alone together through the forest, trying to find the pathway out. Eventually, they were able to make it to safety and back home.

While the experience was “painful and traumatising,” Fr. Sam said one of the best consolations upon his return was hearing from many people, near and far, that they had been praying for him.

“In all these things God revealed to me that I was never abandoned while in the forest, even if I was out of reach and in danger, that God heard the prayers and was with me,” he said.

“It has renewed my faith in God, my faith in people…the human person, God’s gift of friendship and that if what I do matters, then also those people I do it with are also very important.”

Fr. Sam said he also plans to use his experience to help other people in his work as a counsellor.

“This has also given me the understanding to accompany those who come to me for help seeking solace, encouragement, strength, hope, renewal…you know…maybe that’s why it happened,” he said.

“I’m going to use it in my work as a counsellor, psychologist and help those who come to me for help, because what support can be given to people that have been kidnapped? What help can we give such people? I think I have become part of that help with what I have received, and experienced.”