The Minister of State for Petroleum Resources, Dr Ibe Kachikwu, says resumption of crude oil prospecting in the Chad Basin will continue, given the provision of adequate security to oil workers involved in the exploration. 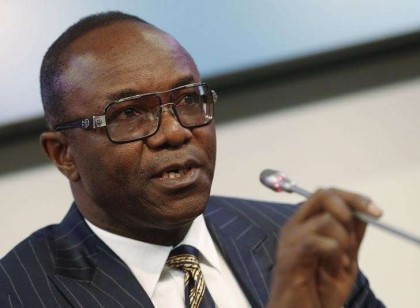 Kachikwu  said  this  at  a news conference in Abuja on Thursday.

Also attacked were consultants from the University of Maiduguri, some military personnel and members of the civilian JTF escort team.

The team was returning to Maiduguri after conducting geological study of part of Lake Chad Basin in preparation for re- entry for seismic activities.

Kachikwu, who commiserated with the families of the victims, said the management of the petroleum ministry was gladdened by the report of some rescue of the victims by the security operatives.

He said that NNPC security operatives and other security outfits had earlier been dispatched to Maiduguri to liaise with other  security stakeholders for investigation on the attack.

The minster said there had been some level of stability in the area in the last six months when the exploration team commenced work in the region.

According to him, over 200 security personnel comprising military and civilian JTF are protecting the officials  in  the Chad Basin.

He, however, said that the attack was unfortunate, given the efforts and sacrifices of the oil  workers to increase oil production in the country.

Kachikwu said there was the need to look in the security issues in the region.

“Obviously  the security outfits should take a second look at what has happened and any area where Boko Haram is operating; we need to see how to provide more protection in those areas, certainly we will not go back  unless they give us security clearance.“

“When we will resume will be obviously  be decided  upon the security on ground.

“So my simple answer will be that provided that there is sufficient clearance, I don’t see why we will not continue to explore oil.“

Kachikwu said the need to grow the current oil reserve base of over 37 billion barrels of oil made the NNPC to resume exploration in the inland sedimentary basins.

He said the exploration was further necessitated by the commercial hydrocarbon discoveries within the neighboring Chad Republic.

The minister said that the NNPC had resumed the exploration in November 2016 based on the advice of the military after a successful campaign and degrading of the insurgency in the zone.

According to him, NNPC resumed exploration activities in Gubio, Magumeri, Monguno, Kukawa, Abadam, Guzamala and  Mobar.(NAN)