The new Commissioner of police in Lagos, CP Edgal Imohimi has ordered the immediate removal of Anti-Kidnapping commander over alleged abuse of office. 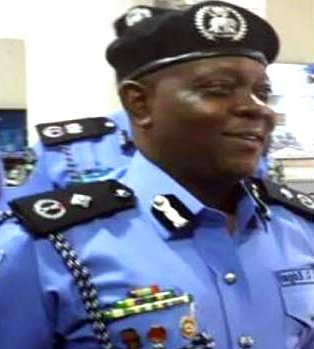 The spokesman for the command, ASP Olarinde Famous-Cole confirmed the removal to newsmen on Monday.

According to Famous-Cole, his removal would ensure an impartial investigation into alleged bribery, sexual molestation and detention of a lady.

“The CP has ordered the immediate removal of the O/C Anti-Kidnapping, CSP Adejobi back to the command. The CP is worried about this allegation and wants justice to be done.

“He requested that all parties involved come for an interview at the police command on Tuesday 5th Sept. 2017 at 9 am, including the alleged victim.

“The New CP has also directed that the DC Panti commence a discreet and in-depth investigation into the allegation.

“He is reassuring Lagosians that every officer found indicted by their actions or inaction in regards this matter will face the full weight of the police regulations,” Famous-Cole said.

The News Agency of Nigeria (NAN) reports that Network on Police Reform In Nigeria (NOPRIN) petitioned the new commissioner over the alleged abuse of office by Anti-Kidnapping commander and some men under him.

The petition alleged that one Blessing, a single mother was arrested over theft of $50,000 (about N18 million).

It stated that the officers demanded for N70,000 bribe for her bail, while a sister to Blessing was allegedly molested sexually by some policemen at the Anti-Kidnapping unit. (NAN)