#EndSARS: New Complaints Against the Activities of The Special Anti-Robbery Squad

Activities SARS unlike other units of the Nigeria Police is not unfamiliar with scrutiny not just within Nigeria, but also outside the country.

While, men and women of the SARS have been impressive in the discharge of their duties, smashing countless kidnapping rings, armed robbery gangs, cults, and much more in the last 5 years more than other units of the Nigerian Police.

Its functions include investigation and prosecution of serious and complex criminal cases within and outside the country. The department also coordinates crime investigations/prosecution throughout the force.

However, SARS is in the news for the wrong reasons – several Nigerians are corroborating alleged brutality of the 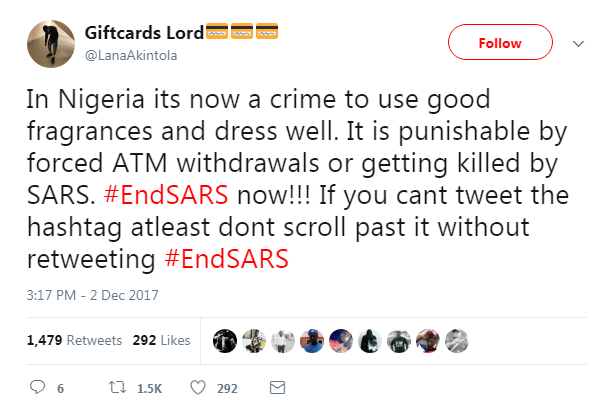 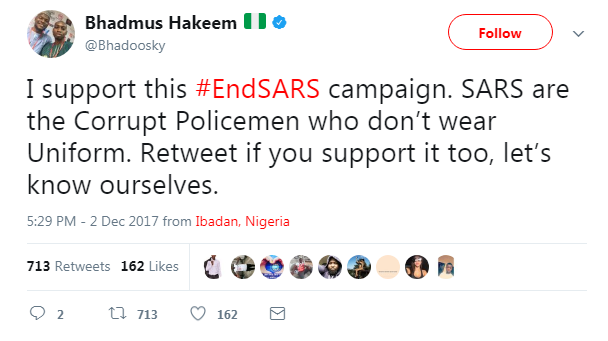 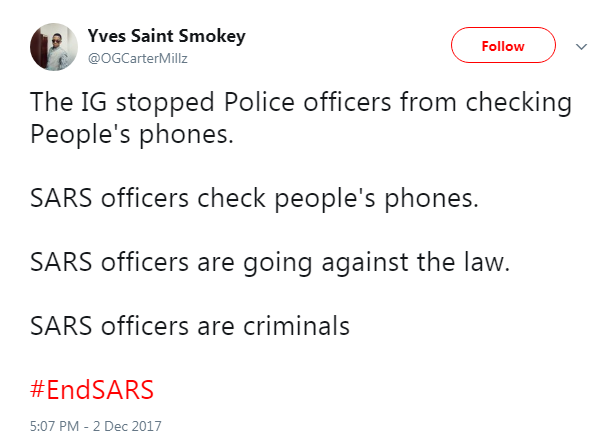 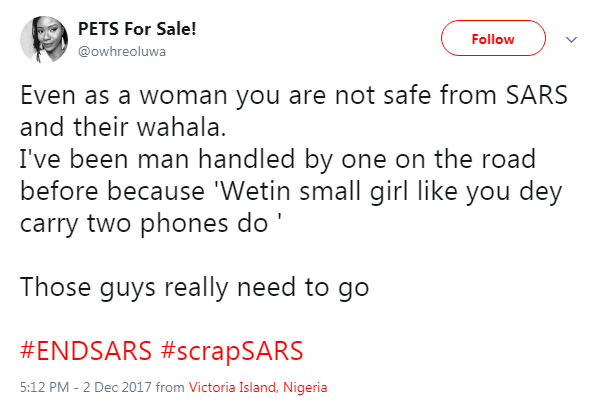 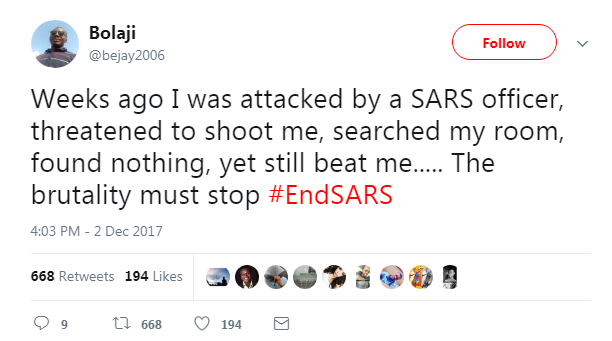 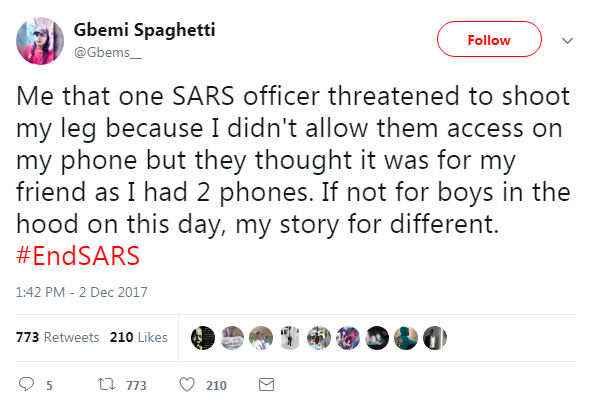 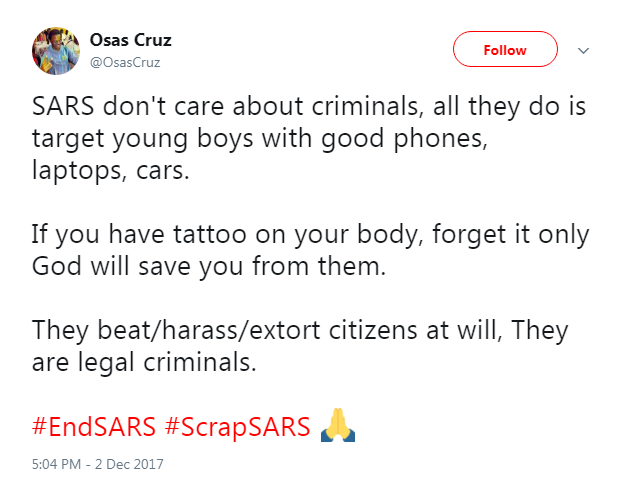 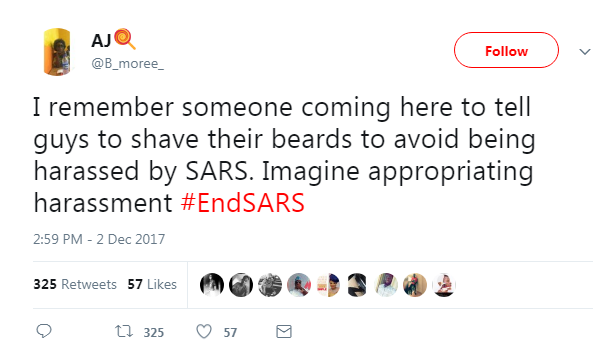 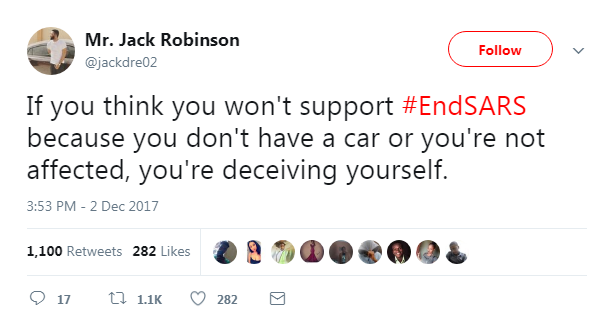 Amnesty International in 2016 wrote indicting press release against the SARS:

“A police unit created to protect the people has instead become a danger to society, torturing its victims with complete impunity while fomenting a toxic climate of fear and corruption,” said Damian Ugwu, Amnesty International’s Nigeria researcher.

“Our research has uncovered a pattern of ruthless human rights violations where victims are arrested and tortured until they either make a ‘confession’ or pay officers a bribe to be released.

“SARS officers are getting rich through their brutality. In Nigeria, it seems that torture is a lucrative business.”

“The Nigeria Police, therefore wishes to urge Nigerians and the International community to discountenance and disregard the so called Amnesty report on Police torture in Nigeria as a clear demonstration of mischief and calculated attempt to promote a campaign of calumny and hidden agenda of suppressing growth and development in countries like Nigeria.

“The Inspector General of Police, IGP Ibrahim Idris wishes to reassure Nigerians and the International community that the Nigeria Police will continue to discharge its statutory functions according to all known laws and regulations despite obvious distractions.

“The Nigeria Police is determined to adhere to principles of International Police reforms, conform to standard discipline and rewards system, building trust and confidence in the citizenry and will not condone torture and other ill-treatment of suspects in SARS detention or any of its detention facility throughout the country.

“The Nigeria Police performance in International organisations has been a source of pride to Africa and the United Nations.”