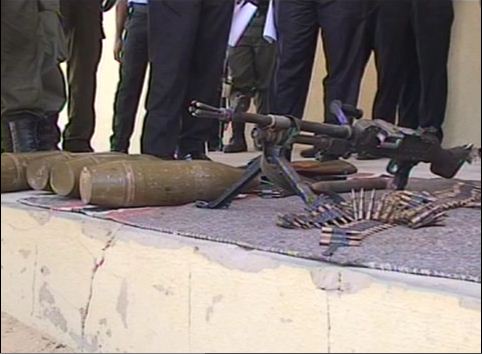 The Police Command in Benue said it had killed three armed robbers and recovered one AK47 rifle with breech no. M35085 and four AK47 magazines with 127 rounds of 7.62 live ammunition.

The command’s Spokesman, ASP Moses Yamu, said this in a statement made available to the News Agency of Nigeria (NAN) in Makurdi.

According to Yamu, the criminal gang which specialised in robbery and kidnapping around Kasina-Ala-Abaji-Takum axis, were killed during a gun battle between the criminal gang and a combined team of Operation Zenda.

He said the encounter followed a security tip-off.

“Based on a tip-off that a vicious criminal gang specialised in robberies and kidnappings around Katsina Ala – Abaji – Takum axis.

“The gang is believed to be responsible for the attack on Abaji Police station, killing a Police Sergeant and carting away his rifle.

“A combined team of Operation Zenda crack squad led by SP Justine Gberindyer stormed the hoodlums’ hideout, and the hoodlums opened fire on sighting the team.

“During the shooting exchange, three members of the gang were fatally hit by bullets, they were apprehended and later confirmed dead.

“Items recovered from them are: One AK47 rifle with breech no. M35085; four AK47 magazines with 127 rounds of 7.62 live ammunition; criminal charms and a bag containing some clothes,”the statement said.

The command appreciates the cooperation of law abiding citizens of the state, while appealing to them to report all suspicious activities around them to the Police.