No fewer than 3,000 repentant bandits have surrendered their arms following the peace and dialogue committee initiated by Zamfara State Government, the Deputy Governor, Malam Ibrahim Wakkala has disclosed. 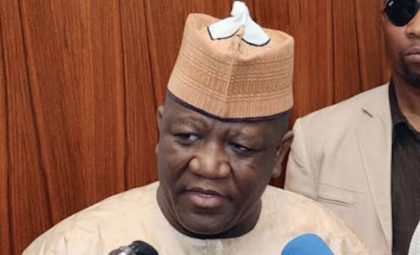 Wakkala, who is the Chairman of the state’s Dialogue, Reconciliation and Disarmament Committee, disclosed this in Gusau on Saturday at an interactive session with the National Economic Council (NEC) Committee on Farmers/Herdsmen Clashes.

The News Agency of Nigeria (NAN) reports that the committee led by its Chairman and Ebonyi State Governor, Chief Dave Umahi was in the state for a fact finding mission over insecurity challenges faced by the state.

Wakkala said that the committee also succeeded in restoring peace and stability among communities in the state.

“With these efforts, our communities are now leaving peacefully and cooperating with security agencies in sustaining peace in the state.

“Our economic activities at local communities who were displaced are now improved, our local markets are now functioning,” he said.

The deputy government commended the state government, security agencies and traditional rulers and all other stakeholders for their efforts.

In his submission, the Speaker of the state House of Assembly, Alhaji Sanusi Rikiji said from 2011 till date, 1,321 people were killed, 1,881 persons have been injured and 185 cars and motorcycles were lost as a result of bandit attacks in the state.

Rikiji, who is the Chairman of the state government Damage, Assessment and Relief Committee, added that over 10,000 cattle were lost to rustling and 2,688 hectares of farm lands and 10,000 houses were destroyed within the period under review.

The speaker said the state government established the committee to ascertain the number of death and injured persons as well as property lost to banditry and cattle rustling with the aim of assisting victims.

“Within the period under review, the state government has, through the committee, spent huge amount of money in providing cash, food items as well as assistance to families of deceased and sponsoring medical bills to victims of disasters in the state,” he said.

In his remarks, Gov. Abdul’aziz Yari urged the Federal Government to address the problems of shortage of security personnel in the state which he described as the major challenge to government efforts in tackling insecurity in the state.

Yari said the state, with over 4 million people, has only 2,000 policemen, 315 soldiers, 400 mobile policemen and less than 100 Air Force personnel which he described as `highly inadequate’.

In his response, the Chairman of the visiting committee and Ebonyi State Governor, Chief Dave Umahi, thanked the state government and all stakeholders who contributed during the meeting.

Umahi said that the committee had identified major issues concerning security challenges in the state and would present its findings to the Federal Government for further actions.