Stakeholders to get update on search for missing #Dapchigirls – Lai Mohammed

Security officials and other stakeholders are to get an update on the search for the missing girls of the Government Science and Technical Girls College, Dapchi, Yobe. 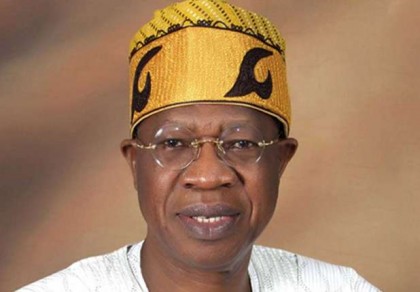 The Minister of Information and Culture, Alhaji Lai Mohammed disclosed this in a statement signed in Damaturu on Sunday by his Special Adviser on Media, Mr Segun Adeyemi

Mohammed and the Minister of Interior, Lt. – Gen. Abdulrahman Dambazau (rtd) who led the Federal Government delegation arrived in Damaturu earlier on Sunday.

The Minister said the delegation would meet with state government officials, and Principal of the school to know the update on the missing school girls.

He recalled that it was the second time in four days that a Federal Government delegation would visit Yobe over the issue of the missing Dapchi girls.

More than One hundred girls were reported missing after suspected Boko Haram terrorist group attacked the school on Monday. (NAN)