Former Head of State, Retired General Abdulsalami Abubakar, has advised Nigerians and all registered political parties to promote peace as the country prepares for 2019 general elections. 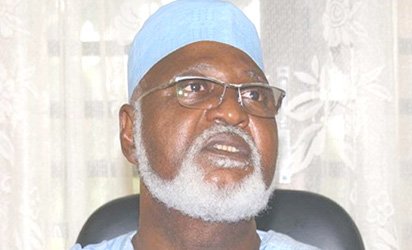 Abubakar gave the advice when he received a delegation of the Northern Leaders and Stakeholders Assembly (NLSA) who paid him a visit in his Abuja home on Saturday.

“So, it is absolutely necessary for each and everyone of us to put hands on deck to ensure that there is peace in the country.

“All these senseless killings, senseless criminality that is going on won’t serve any purpose. Please, let’s join hands and make sure that we give peace a chance.’’

Abubakar said that once citizens make peace, they can always solve their problems.

On his advice to government towards solving the problem of killings in the country, the former head of state told newsmen that everyone had a role to play in addressing the issue of insecurity.

“I wonder at people when they start asking these questions. You, I and every Nigerian have a role to play to bring peace to this country.

“Government is not only in the Villa, we are. Everybody being represented is part and parcel of this government.

“And if they are Nigerians, are they not our brothers and sisters? Don’t we know them? Have we exposed them? So each and every one of us has a role to play.’’

Abdulsalami advised Nigerians to keep praying for God’s intervention and mercy on Nigeria for criminality to stop and for peace to reign.

The NLSA Chairman, Alhaji Tanko Yakasai, told newsmen that the visit was to inform the former heads of state about the assembly and solicit their support.

Yakasai said the assembly is non-partisan but would be involved in political discussion about the future and fate of the country.

He, however, said the assembly had nothing to do with 2019 general elections.

“Every member is free to support candidates of his choice and join any political party,’’ Yakassai said.

A member of the NLSA and former Minister of Women Affairs, Hajiya Inna Ciroma, also said the delegation’s visit to former presidents and heads of state of Northern extraction was to seek their support and blessings.

Ciroma disclosed that Abdusalami had agreed to be one of the group’s patrons.

“All the leaders that we have visited have advised that all the Northern groups must unite. There is no need to have different northern groups.

“They have all asked that we unite and ensure that all the groups are united,” she said.

Ciroma said the assembly was not about 2019, but about the unity and progress of the north.(NAN)