Troops of the  177 Guards Battalion of the Nigerian Army have arrested five suspected militias at Ugyi town in Toto Local Government Area of Nasarawa state. 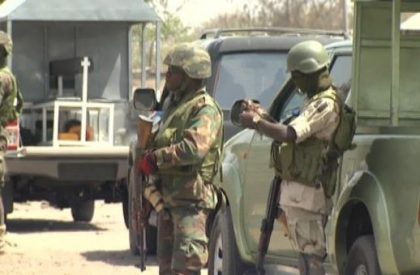 According to a statement issued by Brig.-Gen Texas Chukwu, army spokesman, the troops also recovered some arms from the militias during a raid.

Other items are four 9mm rounds of ammunition and a cartridge, twenty six daggers and a list containing phone numbers, one sword and forty pieces of customised regalia.

He also said the troops recovered the sum of N1, 205 as well as assorted charms.

Chukwu said preliminary investigation was ongoing, adding they would be handed over to the appropriate authority on completion of the investigation. (NAN)