Boko Haram on Saturday hacked 12 farmers to death as they worked on their fields in Borno State as confirmed by civilian JTF. 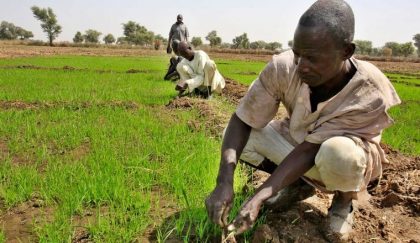 The insurgents allegedly came in two trucks and attacked the farmers with machetes outside Kalle, village 17 kilometres outside the state capital Maiduguri.

They used machetes to kill their victims who were working on their farms So far, we have recovered 12 dead bodies from the fields and nearby bush.”
Three people were injured in the raids.

The militants had guns but did not use them so as not to attract the attention of troops in nearby Molai village.
Boko Haram has stepped up attacks on farmers and loggers in recent years, accusing them of passing information on the group to the military.