The Nigerian Security and Civil Defence Corps (NSCDC) in Ogun has deployed 277 personnel for the March 9 governorship and House of Assembly elections in Ado-Odo, Ota and its environs. 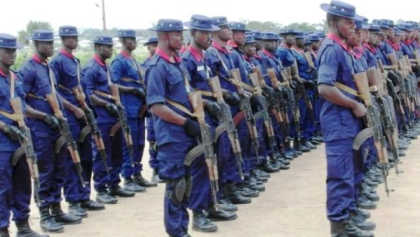 The Divisional Officer of NSCDC, Ado-Odo-Ota, Mr. Idowu Adesola, made this known in an interview with the News Agency of Nigeria (NAN) in Ota, Ogun, on Tuesday.

Adesola said that officers and personnel from other security agencies would collaborate with NSCDC officers to provide security at the 277 polling centers in the area for a free and fair election.

He said that NSCDC personnel would protect the polling materials and INEC officials as well as control the crowd to ensure sanity during the election.

“The NSCDC personnel will be on the ground to complement the efforts of the police and other security agencies during the election on Saturday, “he said.

Adesola warned electorate in the area that the security personnel would not condone any antics that could cause the break down of law and order or inimical to the smooth conduct of the poll.

He said that anyone that causes an infraction of the Electoral Act would be arrested and prosecuted.