Radamel Falcao signs for Chelsea on loan from Monaco 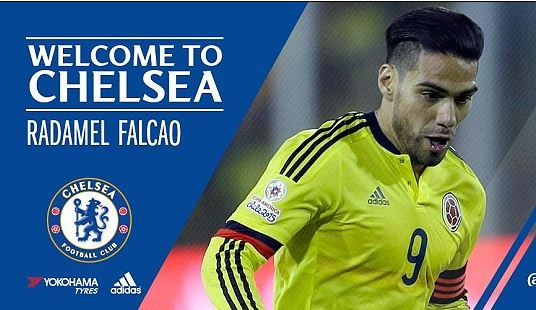 Chelsea have signed Radamel Falcao on a season-long loan deal from Monaco, with Blues youngster Mario Pasalic moving in the opposite direction as part of the agreement.

The Barclays Premier League champions have the option to buy the Colombian striker at the end of next season if he impresses at Stamford Bridge.

The forward recently endured a disastrous campaign at Manchester United, notching just four goals in 26 league outings in an expensive loan spell. He is currently on a five-month goal drought.

However, he has been given a second shot at life in the Premier League with Chelsea manager Jose Mourinho believing a loan deal to be worth the risk.

‘I am very happy to be joining Chelsea and can’t wait to start training and help with our aim of retaining the league title and being successful in Europe,’ Falcao said.
The 29-year-old arrived at Old Trafford last summer as one of the most feared strikers in Europe but a anterior crucicate ligament injury suffered while playing for Monaco seemed to take its toll.United turned down the chance to sign Falcao on a permanent deal, or to extend his loan, allowing Mourinho to step in to boost his strikeforce following the departure of Didier Drogba. 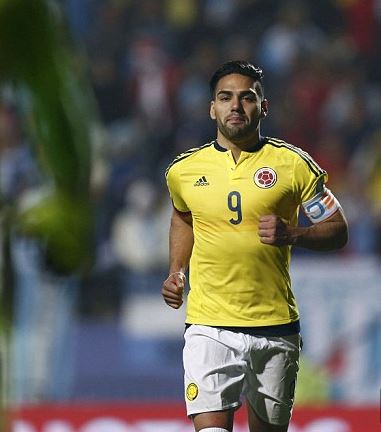 The source understands the Falcao deal cost United £25million for the season, with his £285,000-a-week wages, £6m loan fee and various bonuses included. Chelsea have secured a cut-price deal after that disappointing campaign.

Croatian youngster Pasalic, who spent last season with Elche in La Liga, moves on loan to Monaco as part of the deal.

He said: ‘I am excited to join this great club. I think I can help the team get good results like last season or even better, I hope.’

Last month Mourinho said of Falcao: ‘If I can help Falcao reach his level again, I will do it.

‘It hurts me that people in England think that the real Falcao is the one we saw at Manchester United.’

Chelsea’s new signing is reunited with Diego Costa, Thibaut Courtois and Filipe Luis, who he played with at Atletico Madrid, as well as international team-mate Juan Cuadrado at Stamford Bridge.

He will return to Old Trafford with his new club on December 28 and a point to prove after the ridicule that fell his way in a treble 12 months in Manchester.

The former Porto hitman failed to find the net for his country as they were knocked out at the quarter-final stage of the Copa America. He missed last summer’s World Cup with his knee problem.

Having opened his United account against Everton in October of last season, Falcao went on to score against Aston Villa, Stoke City and Leicester but he has now gone almost five months without a goal.