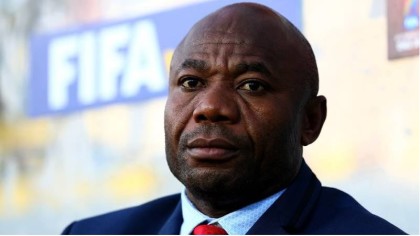 Coach of Nigeria’s U-17 football team Emmanuel Amuneke says the Golden Eaglets will be ready to defeat Brazil in the quarter finals of the World Cup even though the South Americans have been touted as the favourites.

The Golden Eaglets hammered Australia 6-0 in Viña del Mar to reach the last eight where they must now line up against three-time champions, Brazil.

Nigeria, record winners of the competition (with four titles to their name), have been in stunning form winning three of their four matches in the tournament thus far.

Emmanuel Amuneke ‘s charges have scored 14 goals while letting in just three in their four games so far while Brazil have been solid, if not spectacular so far.

Despite the form of the Brazilians Amuneke says they the Golden Eaglets will be prepared to secure victory over the South Americans.

“We are candidates to win the title, but so are Brazil. We will work to put up a good fight,” Amuneke said.

“We will prepare very well so as to give a good account of ourselves against Brazil.

“Brazil are a very good side, we played against them in Korea (in Suwon tournament) but this is the World Cup. Brazil will be the favourites to win this tournament but we will have a plan to beat them.”