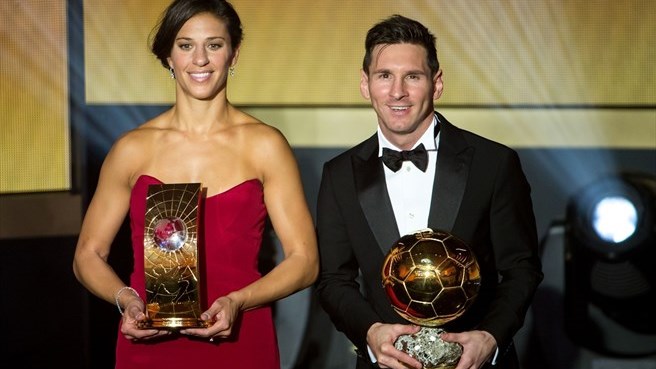 Fresh from topping the UEFA.com users’ Team of the Year poll, Lionel Messi has won the FIFA Ballon d’Or for a fourth time. Get a rundown of the awards in Zurich.The Barcelona forward, who won the merged award three times in a row following its inception in 2010, was runner-up to Ronaldo the past two years.However, Messi topped the poll of journalists and national team coaches and captains ahead of Ronaldo and Neymar and collected the title at a ceremony in Switzerland. It comes just three days after the 28-year-old received the most votes for the UEFA.com users’ Team of the Year 2015, taking his place in the XI alongside Ronaldo and Neymar.

Messi’s memorable 2015
Even by his standards, Messi had a memorable 12 months, inspiring Barcelona to UEFA Champions League glory as well as the Spanish Liga, Copa del Rey, UEFA Super Cup and FIFA Club World Cup, scoring in each of those finals. In August he was named UEFA Best Player in Europe for a second time, with 49 out of 53 votes.In addition to having now won the FIFA Ballon d’Or four times, Messi also picked up both the Ballon d’Or and the FIFA World Player of the Year prizes in the last pre-merger year of 2009; no one else has lifted any of these awards more than three times. He and Roma’s Alessandro Florenzi were edged out of the goal of the year prize by Brazilian Wendell Lira.

Other awards
Messi’s club boss Luis Enrique became Barcelona’s second FIFA World Coach of the Year, emulating Josep Guardiola’s feat of 2011. Guardiola himself was runner-up for his trophy-sweeping achievements with Bayern.Carli Lloyd, who hit a hat-trick as the United States triumphed in the FIFA Women’s World Cup final, was honoured as FIFA Women’s World Player of the Year. UEFA Best Women’s Player in Europe Célia Šašić, who retired after her goals helped FFC Frankfurt to their fourth UEFA Women’s Champions League title, was runner-up.