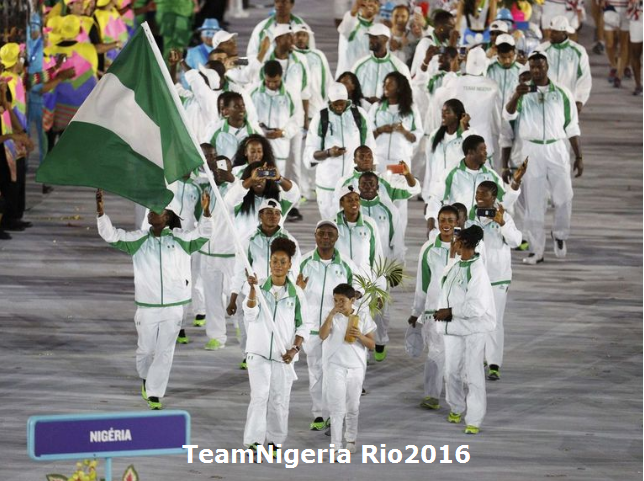 The opening ceremony of the Olympics usually is an opportunity for all countries to display beautiful culture and traditions, however for Nigeria, something really went wrong – a huge far cry from our entry at London 2012.

For a country with more than 180 million people and the biggest economy in Africa, Nigeria really should be doing better at preparing for Olympics – we have no other bigger outlet to shape world’s perception of Nigeria aside war, hunger, poverty and corruption ridden impression predominant in foreign media.

Nigeria always impress the world with its beautiful attire during the Olympics, however Rio Friday’s opening ceremony of tracksuits, Sweats was a huge disappointment. 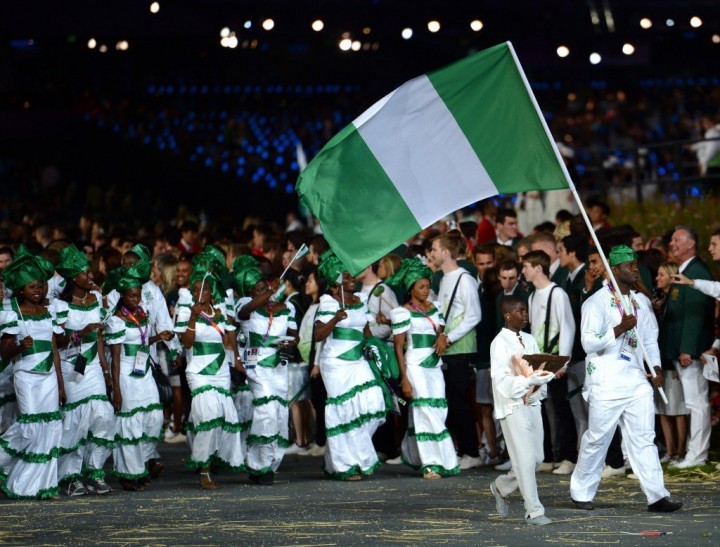 Sports Illustrated Editor, Alexander Wolff wrote, “the delegation was forced to wear tracksuits for the opening ceremony after their plane didn’t make it to Rio in time.” No one knows how true this is, there is no official explanation yet. 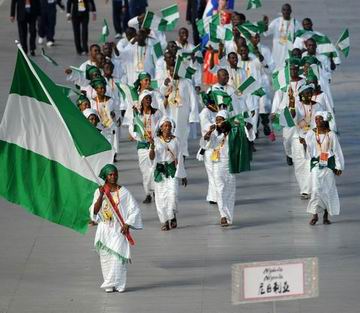 See what we are now, a laughing stock RT @alexander_wolff: Nigeria, marching in sweats because (cont) https://t.co/wgGhqCYaAy

The Football Dream Team VI squad was conspicuously missing from the parade. The Team arrived Manaus just in time on Thursday to play their first group game and impressed too, defeating Japan 5-4 to go top of Group B. A very commendable performance.

Nigeria, marching in sweats because official outfits didn’t make it to Rio. Can we agree that they’re a country to pull for these two weeks?

For a country with more than 180 million people and the biggest economy in Africa, Nigeria really should be doing better at preparing for Olympics – as we have no other bigger outlets to shape perception aside war, hunger, poverty and corruption riden impression predominant in foreign media.

When everyone else looking fly at the Olympics then Nigeria, your country of origin, comes through… IN. SWEATS. pic.twitter.com/6xrXiRp6xt

Our best performance at the Olympics in 1996 was a total tally across 15 competitions is 23 medals—three gold, eight silver and 12 bronze. At the last games in London in 2012 , Nigeria put in its worst performance in more than two decades, failing to pick up a single medal. The team finished behind fellow African competitors including Gabon, with a population of just over 1.6 million, which picked up a silver medal. Naturally, we are expected to improve. 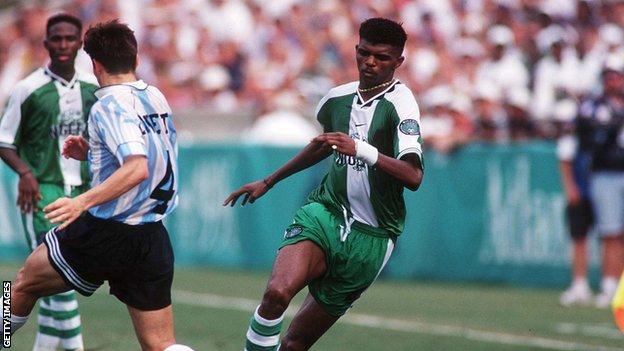 Kanu at the Atlanta 96, one of the iconic photos of that event in the United States (PHOTO: Olympics.org)

Our preparations too for Rio 2016 have been plagued with another set of avoidable disappointment — missed flights, absent funds and a positive doping test. 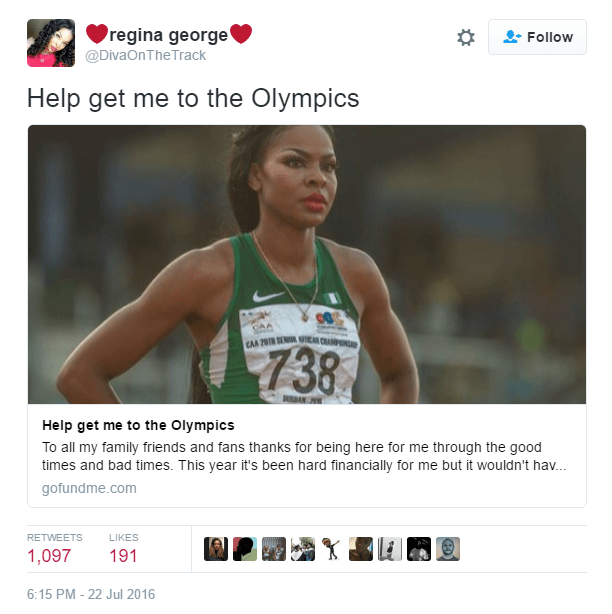 In the face of such bad preparation, Nigeria’s Minister for Youth and Sport, Solomon Dalung, informed Newsweek in Houston, Texas on Tuesday, before his departure for Rio, that the country is realistic in its medal hopes. “Looking at our preparation, we are looking at five [medals] and above,” says Dalung, speaking from .

“We can’t just keep relying on prayers [and] hope, we need to put the work in as well.”, Ogunlewe stated

On funding for the games, the federal government set aside a total of 735 million naira ($3.7 million at the official budgeted exchange rate) in its 2016 budget to prepare for and facilitate athletes at both the Olympics and Paralympics in Rio, according to Atiki Samuel, research lead at Nigerian civic organization BudgIT, which analyzes government spending. This does not include 1.2 billion naira ($6.1 million at the official budgeted exchange rate) allocated to individual Nigerian sports federations, an unspecified amount of which went into administrative costs. (Dalung has said elsewhere that the government had allocated $3.49 million for the games.) 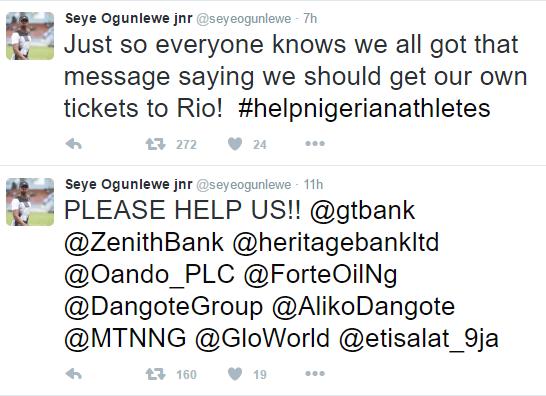 “[Nigeria] needs to look at what other countries that are getting medals are doing and we need to do it as well. If we don’t, we will not get to where they are,” says Ogunlewe, 24, Africa’s Fastest Sprinter. “We can’t just keep relying on prayers [and] hope, we need to put the work in as well.”

Our best performance at the Olympics in 1996 was a total tally across 15 competitions is 23 medals—three gold, eight silver and 12 bronze. At the last games in London in 2012 … failed to pick up a single medal.

For Nigeria’s former Olympic gold medallist Gadzama, we are better off looking beyond the Rio games, which he has already written off as a lost cause for the country. “I don’t think they will be medaling in this Olympics because the preparation was zero,” he says. “We will return empty-handed.” 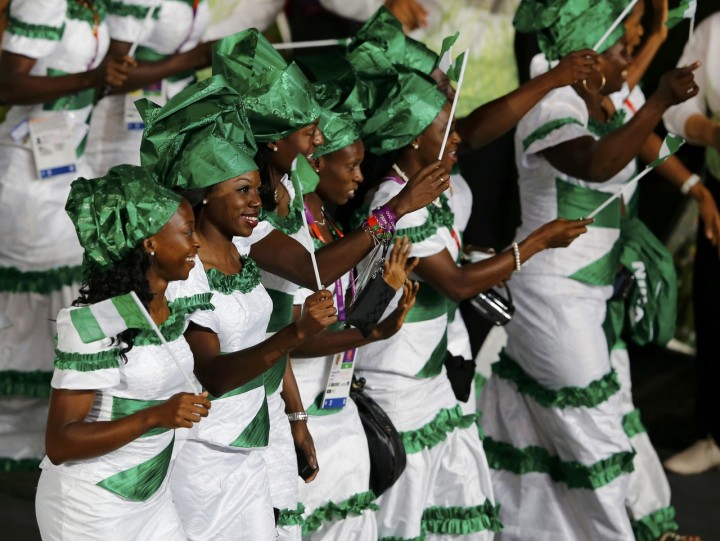