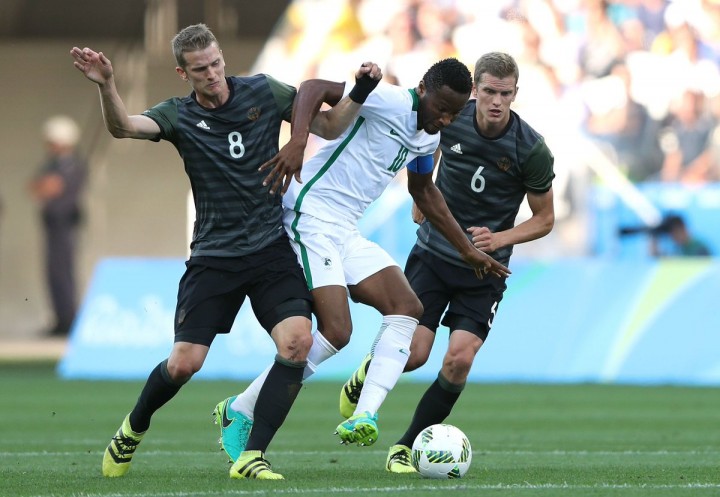 Mikel John Obi couldn’t captain his Nigeria side to a place in the Olympics football final on Wednesday, but the Chelsea midfielder still has his sights set on a medal in Rio – and has every reason to be confident of winning one too. He had said he would to win Gold for Coach Samson Siasia, however sometimes fortune can be like the wind.

Writing in his column for the Evening Standard this week, Mikel revealed how Chelsea’s Premier League victory over London rivals West Ham on Monday further inspired him to go out and try and beat Germany in the semi-finals of the Olympic football tournament and, in doing so, secure Nigeria’s place in a final he so desperately wanted to win.

But after losing the last-four clash 2-0, the 29-year-old will not see his dream of winning a gold medal at the Olympics come true, although a bronze medal is still a real possibility for Mikel.

We gave everything last night but luck wasn’t on our side. We will keep going for bronze, to make Nigeria proud 🇳🇬 pic.twitter.com/yxqvfIGThN

The midfielder will lead his Nigeria teammates out in Mineirão this weekend as they face Honduras, who were thrashed 6-0 by hosts Brazil in their semi-final match, in the men’s bronze medal game.

Considering the manner of Honduras’ defeat at the Maracanã, Nigeria will be confident of leaving Brazil with a medal although Mikel is likely to be keeping his teammates fully focused as another 90 minutes of game time lies in wait for his compatriots first.

Defeat: Nigeria were beaten 2-0 by Germany Date, time and venue
Honduras play Nigeria in the men’s bronze medal match on Saturday 20 August in Mineirão. The game kicks off at 5pm UK time.

The game will be shown live on NTA Network Service across Nigeria at 5pm.

While Nigeria might win the bronze, Honduras have a tendency to crash parties. So they should not be discounted.

Who do you think will emerge victorious in this game between Nigeria and Honduras? Let us know in the comment section.