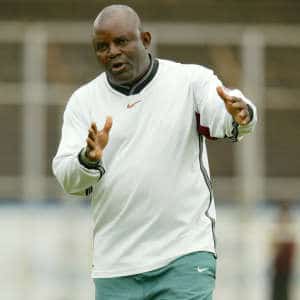 Rangers beat El-Kanemi Warriors of Maiduguri 4-0 at the Nnamdi Azikiwe Stadium, Enugu, to win its first domestic title since 1984.

Chukwu, who coached the team to the 1984 triumph, noted that his joy could not be quantified as past memories of missed opportunities had been erased.

“Enugu has experienced painful 32 years wait for this experience and the team should be commended for taking the club and state to the pinnacle of Nigerian football.

“I have not felt happy like this for a long time and I can say that such applies to the ex-players, officials of the team and the fans who thronged to the stadium to witness this spectacle,’’ he said.

The then Technical Director of the team attributed the success to God’s grace, hard work, unity, discipline and tremendous support from the state government and well wishers.

“The players exhibited unparalled level of discipline and believed right from the first day that they could make history.

“The team will take a deserved rest and commence earnest preparations to defend the trophy and participate equitably in next season’s CAF Champions League.

“The team will be fortified to plug noticeable areas of defects while organisational capacity will be enhanced for optimum performance,’’ the former Green Eagles Skipper said.

Chukwu said that the performances of Rangers in the Nigerian Premier League and other teams in the league showed that the salvation of the Super Eagles lay with home-based players.

“There are abundant talents in the Nigerian league and the national team selectors should switch their interest to the home front and give the players the same opportunities as their foreign-based counterparts,’’ he said.