Salihu Abubakar, the Chief Operating Officer (COO) of the League Management Company (LMC) tops the list of five Nigerians appointed as Instructors into the 2017-2019 cycle of Confederation of African Football (CAF) Club Licensing. 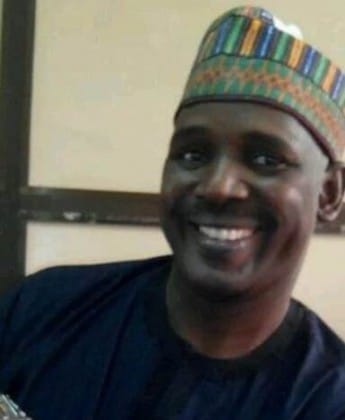 Abubakar and former Nigeria Football Federation 1st Vice Chairman, Amanze Uchegbulam were listed as Instructors  for the Administrative, Legal and Financial Criteria, the most critical aspect of Club Licensing regulation usually rated A and which meant requirements under these are compulsory.

Club Licensing was initiated in Nigeria by the LMC at the start of the 2013/14 season preparatory to the deadline of the 2014/15 season set by CAF. The NFF at the December 2014 Annual General Meeting in , ratified and adopted the Licensing Document which prepared the grounds for clubs in the Nigeria Professional Football League (NPFL) to meet CAF requirements for participation in CAF organized club tournaments.

It will also be recalled that both FIFA and CAF had cause to commend the work done by the LMC in domesticating the global Licensing requirement in the operations of the NPFL and recommended the model to other countries especially in Asia and Africa. This followed presentations made by Abubakar at a FIFA/CAF Club Licensing summit in Addis Ababa, Ethiopia earlier this year.

Pioneer Chairman of the LMC, Hon. Nduka Irabor, who initiated Club Licensing in the NPFL described the development as good for football administration in Nigeria, noting that “the practical experience to be acquired by the Nigerians in the course of implementing the licensing requirements on the continent will be of great value to the Nigeria Professional Football League, NPFL”.