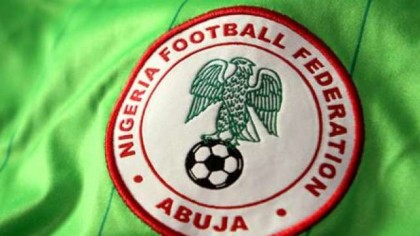 Gombe United made it back to the Nigeria Professional Football League (NPFL) after two seasons in the Nigeria National League (NNL) but the club coach, Hassan Abubakar is talking tough and predicting they would not be a pushover despite their returnee status.

Abubakar is credited to have masterminded their return and he promised that the Gombe club will surprise Nigerians when the season begins.

“I want to surprise Nigerians, we will start on a strong footing and before or by mid-season I want to assure you that we will be somewhere at the top,” said a boastful Abubakar.

The coach, who is reputed for rescuing teams out of relegation or steering them to promotion which he did with teams like Wikki Tourists, Zamfara United and now Gombe United, boasted that he has all it takes to succeed in the top division.

“You see the NNL is quite different from the NPFL. In the NNL 70% is power while 30% is intelligence but in the NPFL the reverse is the case as you require 70% intelligence and 30% power. I want to assure the club fans that I have all it takes in me to put the team in sound putting.

“The NPFL is not new to me. In 2002, I was with Zamfara for two seasons and in 2004, I was with Niger Tornadoes. I have also been the coach of Sunshine Stars,” he told npfl.ng.

Abubakar, who hails from Zaria in Kaduna State, also spoke of how he would go about building his squad, pointing out that he would recruit additional players to strengthen observed weaknesses.

“We are trying to reinforce the team with one or two players particularly in the attacking department. So, we are looking for who will put the ball in the net and we have already invited possible ones we think will improve our scoring ability.

“We are also going to fortify our defence so that we will come out with a strong team at the end of the day.

“Now we are in camp, the focus now is the NNL Super 4. After that we will continue to build up and go for pre-season in a different town so that players and officials will have full concentration,” he revealed.

The team currently train twice in Gombe and the spirit in the camp is high.

NEWER POSTPresidency In Romance With Saraki Over Reform of Budget Process
OLDER POSTFed.Cup Final: Danladi Taunts FC Ifeanyiubah, Says Miners are too Solid for them