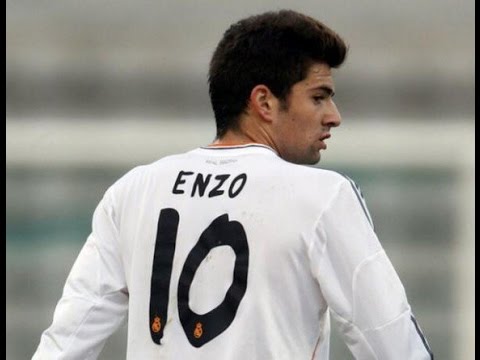 A new star is in the forging and we call him Enzo, Enzo Zidane – son of Zinedine Zidane, the legend and Coach of Real Madrid. Like father like son. Enzo Zidane took no time at all make his mark on the Bernabeu fans, playing a one-two with Casemiro before cutting inside a guiding the ball past the Cultural Leonesa goalkeeper. The spectacular start to his Real Madrid career was all the more special for the fact that Zidane scored with his first ever shot at the club.

21-year-old Enzo Zidane made the perfect start to his competitive Real Madrid career with a goal within 18 minutes of his Los Blancos debut. The midfielder, who has been at Real Madrid since 2004, bagged a debut goal ten years after his father, Zinedine Zidane, last played for the club.

Enzo Zidane has said scoring on his debut is just the start of things for him at Real Madrid. Zidane, the son of Madrid coach Zinedine, replaced Isco at half-time in the 6-1 Copa del Rey thrashing of La Cultural y Deportivo Leonesa and scored the fourth goal with a low 20-yard strike. 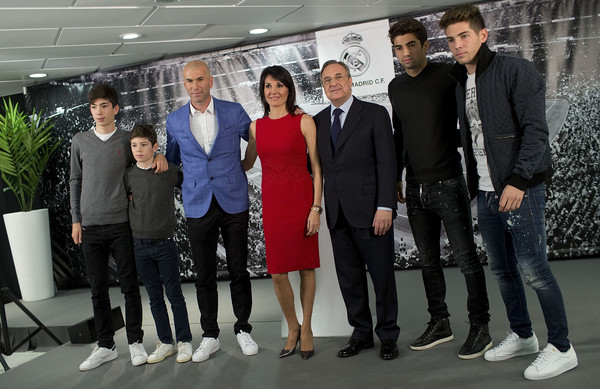 He told the official Real website: “To score on your Real Madrid debut is always a dream, and I’m really happy it’s come at the Bernabeu and with a win.

“It’s been a very special night. I’ve had to wait for my chance and now it’s here. This is the beginning, and I have to keep working to get more chances and help the team.”

The Real youth product played in two preseason friendlies and has made 15 appearances for the reserves this season.

He said he had benefited from training with the first team and added: “You learn things all the time just from watching the best players in the world.

“The squad treat me and all of the other younger players really well. That’s really important for a player like me as it allows me to enjoy my football with them.”

Born in Bordeaux in 1995, Enzo is the eldest of Zinedine Zidane’s children and first made an impression as a youth player at Juventus.

According to Wikimedia, since 2004, Enzo has played for the youth academy of Real Madrid. On 6 September 2011, he was invited by José Mourinho to train with the club’s first team.

On 5 August 2013, Enzo was promoted to Juvenil ‘A’ team. On 16 November 2014, Enzo made his debut for Real Madrid Castilla, the B-team, as a substitute in a 2–1 win over UB Conquense in Segunda División B.

On 12 August 2015, Enzo was named one of the vice-captains of Castilla. He scored his first senior goal ten days later in the first game of the 2015–16 season, a 5–1 home routeing of CD Ebro. On 29 October, Enzo was promoted to train regularly with the first team. He made his senior debut for the club on 30 November 2016, coming off the bench for Isco in a Copa del Rey clash with Cultural Leonesa and scoring from the edge of the penalty area in a 6–1 home win (13–2 aggregate).

Enzo is eligible to play for France or Spain, as well as Algeria, where his paternal grandparents are from. In 2010, Zinedine Zidane stated that he is relaxed about whether his son chooses to play for Spain or France at senior international level. Enzo made one appearance for the Spain national under-15 football team in 2009. He switched to the French Football Federation and made two appearances for the France national under-19 football team in 2014.

He is the oldest son of Zinedine Zidane and Véronique Fernández and is known as Enzo Fernández.