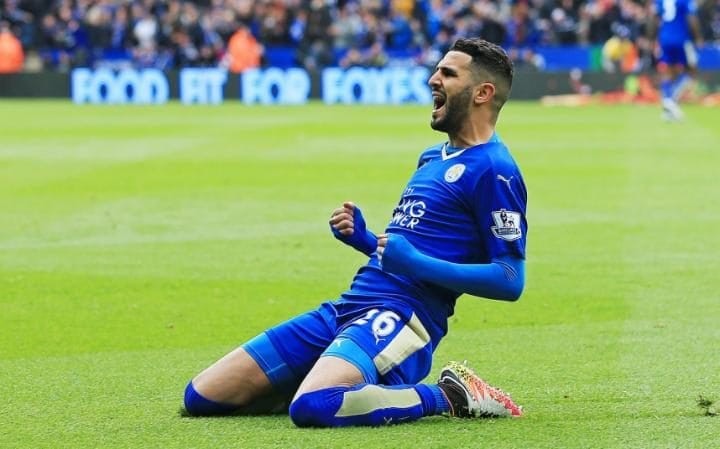 He edged out Sadio Mane of Liverpool in a keen contest Monday. He won the highest votes from footballing fans all over the world.

Leicester boss Claudio Ranieri was on hand at the BBC Studio in London to give the award to Algeria’s Mahrez.

Riyad Mahrez of Leicester City and Sadio Mane of Liverpool remained. Mahrez played a key role in Leicester City pulling off one of the great modern fairytales in football by winning the Premier League title last year.

He was also named as the PFA player of the year.

Winger Mahrez, 25, after receiving the award said: “It means a lot, it’s something big for African players so I am very happy, I am very proud.

It’s always good to receive awards and for African players it’s a huge honour. To all the fans, thank you very much.”

He added: “Also I want to thank the Algeria fans and dedicate this to them as well and for my family.

“I just have to carry on and keep going with my football and see what I can do.”

Of all the five players in today’s final, Mahrez was the only player not to have been nominated before.

Liverpool and Senegal striker Mane made his debut on the shortlist last year, while Manchester City’s Ivorian midfielder Toure had featured for eight consecutive years and is a two-time winner.

Aubameyang, 27, has had an outstanding 2016, scoring 30 goals for Dortmund. Aubameyang is one of the most prolific strikers in the Bundesliga

He became the first African to be named Bundesliga player of the year, the first Gabonese to become the Confederation of African Football’s Player of the Year, and has earned a place on the shortlist for the 2016 Ballon d’Or.

In August, West Ham broke their transfer record to sign Ayew for £20.5m from Swansea – a clear marker of his form in 2016.