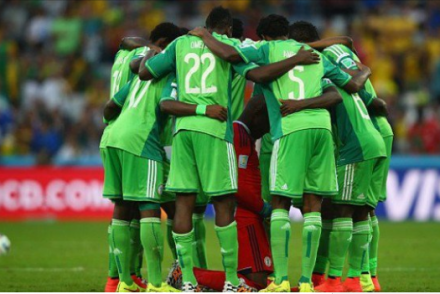 Argentina ends the year top of the FIFA world rankings, with South American neighbours Brazil second. La Albiceleste, therefore, take the ‘Team of the Year’ title from Belgium, who they overtook at the summit in April this year, and where they have stayed for the subsequent eight editions of the Ranking. In all, the Argentinians won ten of their 15 games in 2016, losing three and drawing twice.

Nigeria drops one place to 51 overtaken by Burkina Faso-the Super Eagles and Burkina Faso was joint in the ranking before the latest one.

The Super Eagles also dropped in the Africa Ranking from seventh place to eighth, well no thanks to Burkina Faso again.

Argentina, who has led the rankings since replacing Belgium in April, has won 10 of their 15 games in 2016 while losing three.

World champions Germany stay third, ahead of Chile, Belgium and Colombia in the rankings published on Thursday by football’s governing body.

Euro 2016 finalists France, who have gained the most ranking points since December 2015, remain seventh ahead of European champions Portugal, while Uruguay and Spain complete the unchanged top 10.

The biggest movers of the month are Rwanda, who are up nine places to 92nd.

Edgardo Bauza’s side are the ninth-best mover of 2016, but the title ‘Mover of the Year’ – the side that gained the most Ranking points since December 2015 – goes to UEFA EURO 2016 finalists France. Les Bleus won 13 of their 17 games in 2016, drawing three, with their sole defeat their most significant for some years, in the continental finale after extra time against Portugal. Indeed, the South Americans also shared the pain of defeat in their own continental showpiece event, losing to Chile on penalties in June. Despite this shared negative experience, both now share a place in Ranking history, with their respective awards for 2016.

With only 15 men’s international ‘A’ games played since the release of the last Ranking, there have been few significant changes, with no movements inside or into the top ten. The biggest winner of the month can be found much further down the table: Rwanda (92nd, plus 9). Only three further teams, Indonesia (171st, plus 8), Myanmar (159th, plus 7), and Estonia (116th, plus 6) – have jumped more than five positions since the November edition.

Looking at the table in terms of places gained this year, Guinea-Bissau (68th, plus 78 spots since December 2015) and Curaçao (75th, plus 76 places since December 2015) are the biggest winners of 2016. The African side had a stellar year, reaching their first-ever CAF Africa Cup of Nations, while the tiny Caribbean island nation secured several positive results in qualifying for next year’s Caribbean and CONCACAF Gold Cups. Both teams also make the top ten in the ‘Mover of the Year’ table (below), in terms of points gained.

The regional shaping of the rankings top 50 has taken on a different slant compared to this time last year. Asia has increased its standing, with four teams now in the top 50 (plus 3), at the expense of Europe (28, minus one), Africa (7, minus 1), and CONCACAF (3, minus 1). South America retains its standing as the proportional heavyweights, with 80 percent of CONMEBOL teams in the top 50 (eight, the same as December 2015).

The next FIFA/Coca-Cola World Ranking will be published on Thursday 12 January 2017.