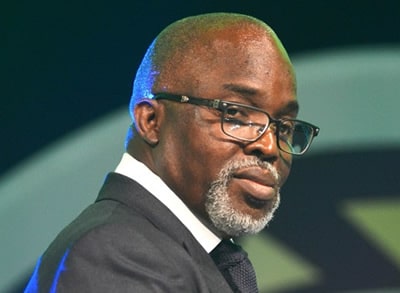 The President of Nigeria Football Federation, Mr. Amaju Pinnick has re-affirmed the Federation’s support for the Nigeria Pitch Awards. He noted that the annual Awards have become an anniversary of some sort staged to identify, honour and celebrate Nigeria’s talented football players and other officials like referees, clubs/teams, coaches and journalists among others.

Pinnick praised Matchmakers Consult International, organisers of the Awards, and also commended the various State Governors who have at various times identified with and supported the Awards.

The NFF President noted that the Awards, which inaugural edition took place in Calabar in 2013 have been credible, transparent and widely accepted. “My interactions with some football stakeholders and football journalists across the nation, have convinced me that the Nigeria Pitch Awards is one of the legacies we can bequeath to the next generation,” Pinnick said.

Pinnick also stated that the Nigeria Football Federation had been partnering with the organisers because the Awards have been spot-on with regards to integrity. “We enjoin Nigerians from all walks of life to continue to give support to this cause. We also encourage all voters across the length and breadth of the nation to continue to participate and support the Nigeria Pitch Awards.”

Shina Philips, President of the Nigeria Pitch Awards, expressed the desire of the organizers to continue to uphold the noble ideals of integrity and credibility that have endeared millions of people to the Awards.

Meanwhile, Matchmakers Consult International in conjunction with all award partners, have scheduled a media parley for Friday, 13th January 2017 in Lagos. The event will be an opportunity for the organisers to interact with and celebrate their winners and voters.