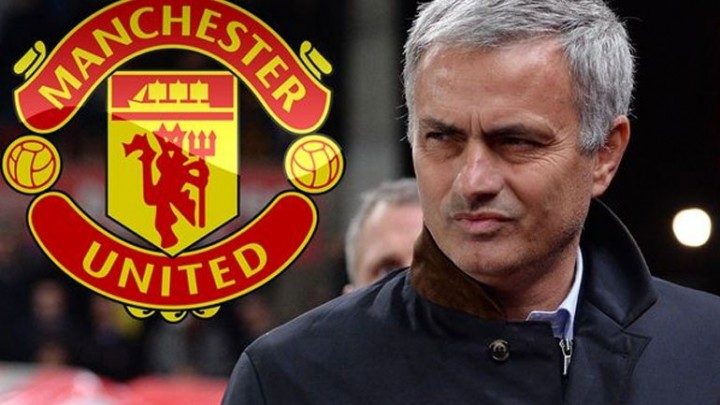 Are you the Special One, the Happy One or something else?

“I don’t know, really. The other two times, I was arriving at the country, this is a different one. I was sacked by Chelsea and then I stayed in the same country, the same competition with the same faces in front of me so it is nothing new for me really it is just to arrive into a club which is difficult to describe, to find the right words to describe this club.

“I don’t like denomination people use like dream job, it is not a dream job, it is reality as MU manager but the reality is I think it is a job everyone wants and not many have a chance to have and I have it and I know obviously the responsibility, the expectation.

“At the same time I know the legacy, the history of this club, I know what the fans expect from me and I expect this challenge doesn’t make me nervous because my history in the last 10 years or more was always to leave with big clubs; expectation and I think it comes in the right moment of my career, I feel very prepared. Very stable and with a great motivation.

“I am where I want to me in this club, in this country, in the domestic cups, I feel a bit frustrated I am not playing Champions League. I don’t hide I chase Sir Alex’s record in the Champions League for matches as a manager I am around 130 matches.

“Depends on the way you want to face it. I was never very good playing with the words or hiding behind words and hiding behind philosophies. I never tried to be good at that.

“I prefer to be more aggressive and say we want to win and I can anticipate any one of you will come later with a question about style of play and a question about what is before and I can imagine one of these questions is around the corner and I can anticipate by saying you can win a short competition, a couple of matches without playing well but you cannot win competitions without playing well.

“What is playing well? It is scoring more goals than the opponents, conceding less, making your fans proud because you give everything and you win. It is everything at the same time.

“It is an aggressive approach by myself. I want everything. Of course we are not going to get everything but we want to.”

Do you have a point to prove after last season?

“But the reality is that was never important for me. I play against myself. That is my feeling many times. I feel I have to prove not to the others but to myself. I would never be able to work without success. That is my nature and I have always to find the reasons why I have always many questions towards myself and the people working with me.

“That is my nature. I could approach this job in a defensive point of view by saying the last three years the best we did was fourth. I can’t go. It is my nature. I work in some big clubs before.

“Obviously Manchester United by the social point of view is a completely different dimension but the reality is that when people has year after year a certain kind of menu, the menu has to change for better or worse.

“This is what I do with myself. I am 53, I am not 63 or 73. Maybe you are tired with myself because I started at such a young level. I am a young manager. If I don’t go for big ??? I am in trouble. The reality I was in trouble for the last five months.”

“We are not going to get the fourth on the 31st of August, we will get the fourth before then. There is something for me, that the players I keep are all happy. Imagine first match I don’t select somebody, he gets disappointed he has the chance to go to another club. If he leaves, somebody else has to come in.

“There is a fundamental market and there is a supplementary market. We are doing well. We are getting the players we want and now we have the third.”

How excited are you at the challenge of facing Pep Guardiola again – this time in the same city?

“I think Leicester’s legacy was not just the happiness around the country. The legacy was we are in a competition where 20 teams are fighting for the title. That is their legacy. Next season if you have another team who win the first five matches, you consider them candidates. It is over the time you say they will collapse in December.

“To speak about one manager, one club, one enemy, I hate the word in football and life, I don’t think it is right. It is one thing to be a in a two-horse race like I was in Spain or in Italy it was three teams fighting for the title, then that kind of approach makes sense.

“In the Premier League it doesn’t make sense at all. If you focus on one opponent, the others will be laughing so I am not going to be part of it. I am Manchester United manager with all the respect to all the other clubs in the country especially one that was my house for seven years.

“I share so many special moments with their fans. I am the manager of the biggest club in the UK. I am going to focus on our job and our club. Thanks to what Leicester did. One of their legacies is to change forever the competition.”

You have a reputation for not promoting young players. Is that fair?

“I have no time to answer it. To answer it would take 10 minutes. I knew that was coming. You know how many young players I promote to the first team from academies? 49? Do you want to know who they are? I can give you that. I promote 49 players from the academies from the clubs and with two factors, sometimes you promote players because you don’t have another chance because you have so many injuries.

“That is one factor and the second factor is when you are not playing for big targets, it is easier to bring them up. My record of injuries is very very low. Even in many years from the CL studies about every team, my teams were many times the teams with less injuries.

“I never promote players because of need I did it because of conviction and decision. Last year was the only season of my career when I was not fighting for the title winning or finishing second or third once so it was never a situation of stability and no pressure to promote players. I did 49.

“Some of them are big names, they are today Champions League winners in the Euros, playing for national teams and 49 is a lot.

“So one lie repeated many times sometimes it looks true but it will never be true. 49. If you want the names, I give you the names.”

Why did you let Ryan Giggs leave?

“Like 2000, I decide I want to be a manager. For many of us, we start as assistant coaches and for many of us, arrives the moment we make a decision. So when you are speaking about did I offer him a job. He could be what he wanted in the club. The club wanted to give him any important job in the club.

“Happened with myself in Barcelona in 2000, I had a contract for another two years. It was not easy to go to another fight. For Ryan it is not easy to go the step from assistant to manager, it is the step to leave his house of 29.

“He was brave, he is honest, so good luck so if one day he wants to come back when I am here, I will never say so and if one day the club offers him the chance to be manager, I think it will something natural and the consequence of his success in his career.”

Any advice from Sir Alex Ferguson?

“Yes – bring the umbrella. Yesterday I couldn’t believe it was raining in the training ground. It was great advice. The second advice was to bring my typical bottle of wine. Now we are going to have many occasions to be together.

“At the moment Sir Alex is on a bit of a holiday at the Euros so I cannot see him this week but when his holidays are finished we will have lots of time to meet. He will always be welcome to the training ground and we will have a lot of time to share our personal stuff.

“His opinion is important to me, the same way so many legends love this club and they are in the pundits industry and every opinion will be important to me. I will try and learn from them.”

How do you envisage playing Wayne Rooney?

“In football there are many jobs. There are many jobs on the field. The one that is more difficult to find is the guy who has put the ball on the net. The players change during the years their qualities, their characteristics.

“It is normal a player at their age change a bit but there is something that will never change which is the natural appetite to put the ball in the net.

“Maybe he is not a striker, not a No. 9 any more but for me he will never be a No. 6, playing 50 metres from the goal. You can tell me his pass is amazing but my pass is also amazing without pressure.