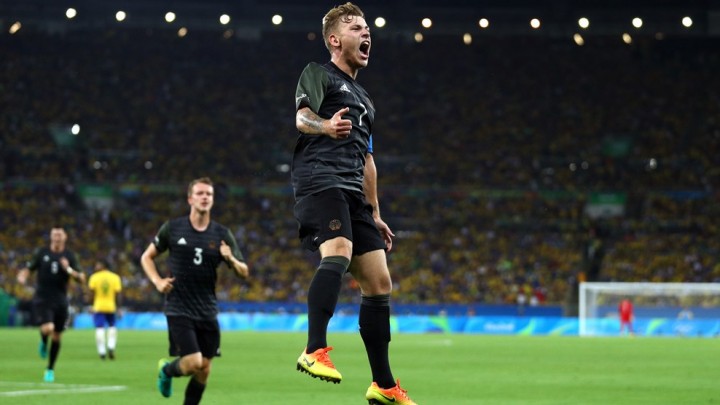 Based on Guardian report, Rogerio Micale, the coach of Brazil at these Olympic Games, is playing down talk that his young team will seek revenge for the senior side’s mauling by Germany in the most recent World Cup when the teams meet in the final on Saturday.

“The supporters are playing their role and we will need the supporters as this is a very strong Germany team. The supporters will want what they want but there is no link between that match and this one. I am sure the final with Germany will be a great match but it has nothing to do with the past.”

Germany humiliated Brazil 7-1 in front of a home crowd in their 2014 World Cup semi-final in Belo Horizonte, going 5-0 down inside the first half-hour. The result was a terrible blow not just for the team but the whole nation and their supporters are desperate for a victory in the Maracanã to help heal the wounds.

“That was the World Cup. This is the Olympic team. Neymar never played in that match so there is nothing that could generate any type of feeling that we have to take revenge. It is a different time with different players,” Micale said.

Neymar missed the World Cup semi-final after breaking bones in his back in a shuddering aerial challenge while playing against Colombia.

While this match turn out to  be a sweet revenge or not for Brazil? We will all find out –

The game will be shown live on NTA Network Service across Nigeria at 9:30pm.