Nigeria Leading Africa in Paralympics, 9th in the World 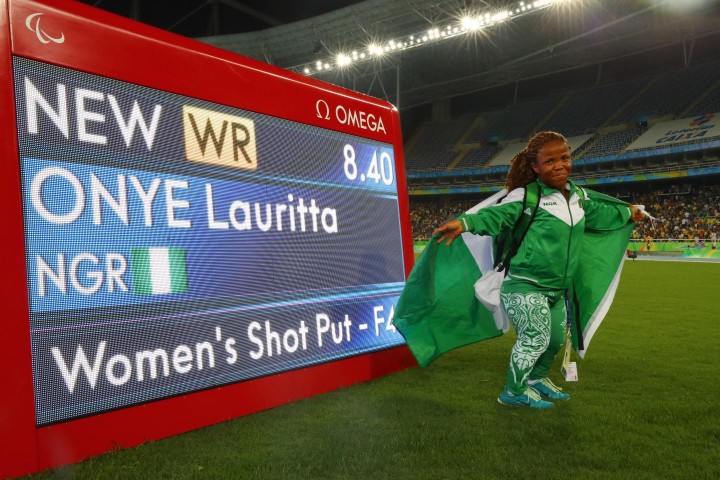 Nigeria’s Paralympians are doing their best to make up for the poor performance at the Rio 2016 Olympics. Nigerian athletes have won 5 Gold, 2 Silver and 1 Bronze, at the Rio 2016 Paralympics in Rio de Janeiro, Brazil.

The tally, after just four full days of competition according to Newsweek, is already more than half of the West African nation’s haul of 13 medals at the London 2012 Paralympics, and there are still seven days to go in Rio.

But perhaps more significantly, the achievements of Nigeria’s Paralympians have cast those of the able-bodied counterparts into the shadows. Nigeria’s Olympic team brought back a single bronze medal from Rio—won by the men’s football team captained by Chelsea midfielder Mikel John Obi—in a disappointing tournament that was a marginal improvement on the London 2012 Olympics, where Nigeria won no medals. 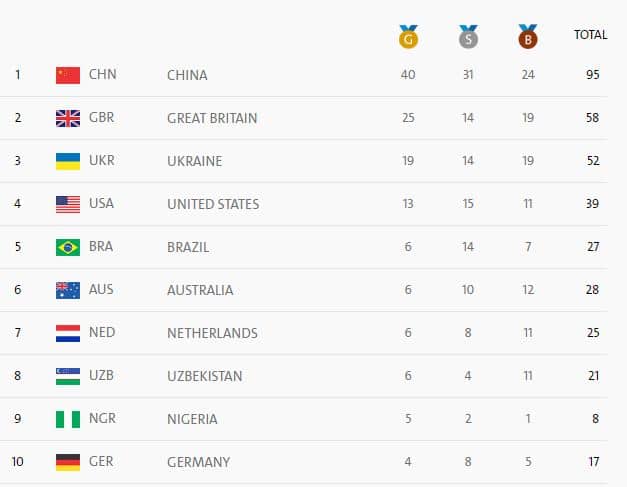 Nigeria’s performance so far at the Paralympics means that they are currently the highest-ranked nation in Africa, positioned 9th in the overall medals table between Uzbekistan in 8th and Germany in 10th. Nigeria leads the whole of Africa, Tunisia is second at 11th Position.

Much of the success has been down to dominance on the powerlifting benches. Nigerian athletes have won six of their seven medals so far in powerlifting, which sees athletes within a certain weight category bench press. Team Nigeria’s captain at the Games, Lucy Ejike, won gold in the 61kg women’s category on Sunday by setting a new world record, lifting 142kg.

Ejike’s gold added to Paul Kehinde, who also broke a world record by lifting 220kg when winning the 65kg men’s category, and Roland Ezuruike, who had triumphed on Friday and set a new Paralympic record in the 54kg category. Two silver medals also came in powerlifting courtesy of Esther Onyema and Latifat Tijani, while Nnamdi Innocent collected bronze in the 72kg men’s category.

Elsewhere, Nigeria also picked up first track and field medal on Sunday as Lauritta Onye won the women’s shot put in the F40 category, for athletes who are short in stature. Lauritta won gold with a world record throw of 8.40 meters, more than a meter further than silver medalist Rima Abdelli of Tunisia.