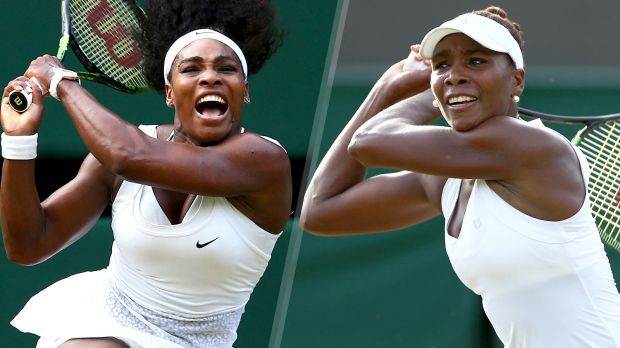 #AusOpen 2017 Women’s Final: One for the ages as the Williams Sisters match

There has arguably never been as much at stake as there is in Saturday’s women’s final between the Williams sisters.

If ever there was a Grand Slam final for the ages, it’s this one. Featuring Venus Williams, at age 36, and her 35-year-old sister Serena, it’s the most senior Grand Slam final in WTA history.

But this is a showdown for the ages in far more than the literal sense. There has arguably never been as much at stake on the final Saturday of a major event.

Eyeing a return to the world No.1 ranking, six-time Australian Open champion Serena is more significantly competing for her 23rd Grand Slam title, which would surpass the record number achieved by Steffi Graf.

The winner of her first major at the 1999 US Open, she’s aiming to add to a record that includes Grand Slam wins in each of the past three decades. A seventh victory in Melbourne would make Serena the most successful competitor in Australia, male or female, of the modern era.

Should Venus lift a Grand Slam trophy for an eighth time, it would mark a momentous eight-and-a-half years between Grand Slam titles. Claiming her first major as a 20-year-old at 2000 Wimbledon, the elder Williams has since collected four more titles at the All England Club, along with US Open victories in 2000 and 2001.

Equally aligned in ambition as they are in ability, the single-minded sisters have repeatedly expressed this fortnight that their focus is entirely on AO2017, and not their expansive number of respective achievements.

“I’m not dealing with it right now,” Serena said of the record 23 major titles at stake. “I’m obviously here to win the tournament. That’s the reason I come all this way.

“Yet, at the same time, I don’t have anything to prove. I don’t have to win another match as long as I live. I just have to have fun and do what I do best. That’s what I’ve been doing this tournament.”

Still, neither Venus nor Serena is in doubt about the broader impact of adding more history to their illustrious records. As eloquent as she is accomplished, Venus explained it superbly when asked to relate what it means to be a role model athlete.

“I think why people love sport so much, is because you see everything in a line. In that moment there is no do-over, there’s no retake, there is no voice-over,” said Venus.

“It’s triumph and disaster witnessed in real-time. This is why people live and die for sport, because you can’t fake it … People relate to the champion. They also relate to the person also who didn’t win because we all have those moments in our life.”

That attitude highlights the composure that’s accompanied Venus’ most successful Grand Slam campaign since 2009, when she was runner-up to Serena at Wimbledon.

In Melbourne, the No.13 seed has smoothly outclassed Kateryna Kozlova, Stefanie Voegele, Duan Ying Ying, Mona Barthel and Anastasia Pavlyuchenkova. A 6-7(3) 6-2 6-3 win over CoCo Vandeweghe in the semifinal was the only match in which Venus surrendered a set.

Venus and Serena have faced off in Grand Slam events on 14 occasions, with eight of those matches being finals. Most recently meeting in the championship match at 2009 Wimbledon, the sisters are aware that Saturday’s meeting is a far different occasion.

While only one Williams will hold the Daphne Akhurst Memorial Cup on Saturday evening, there is a sense that neither sister will leave as a loser.