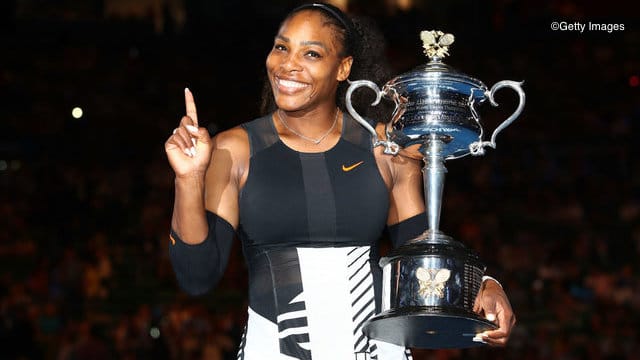 Not only does Serena Williams take home the Open Era record for most Grand Slam titles won, but she will also return to No.1 in the world on Monday’s rankings.

Serena Williams is set to return to No.1 in the WTA rankings after winning her seventh Australian Open title, a 23rd Grand Slam title that breaks the Open Era record she hitherto shared with Stefanie Graf.

Serena came to Melbourne with a slim hope of taking back the top spot, but opportunity knocked when defending champion and top seed Angelique Kerber bowed out in the fourth round to CoCo Vandeweghe.

Despite the German’s early exit, the American still needed to make history to take back the ranking she held for 186 consecutive weeks – a record she narrowly missed breaking and holds alongside Graf.

But she did just that on Saturday, defeating elder sister Venus Williams, 6-4, 6-4 to guarantee her accession back to the top of women’s tennis.

The feat came as a surprise to Serena, as she shared in her post-match press.

“[My coach Patrick Mouratoglou] said, ‘No, no, no.

As for Venus, the five-time Wimbledon champion will move up to No.11, with a return to the Top 10 for the first time since last fall firmly in sight.

“I feel motivated to continue, to continue to go out there and hit the ball the way I know I can,” Venus said. “There’s only things I can improve on, to be honest, and to build on.

“I feel I played very well this week, pulled a lot of things out of my pocket. I got more stuff in my pocket. Get it out.”