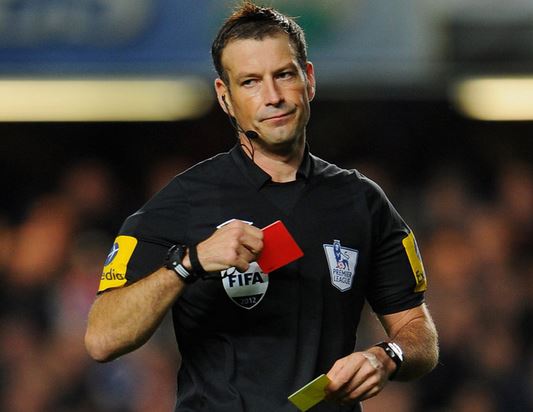 Clattenburg’s decision was announced by the Professional Game Match Officials Limited (PGGMOL) on Thursday. He is considered as one of the highest-rated official of the PGGMOL.

According to AS report, Clattenburg has been the subject of speculation in recent months after admitting he could – like many star European players – be lured away from England by an offer from the Chinese Super League.

He has refereed a number of notable matches, including the 2016 UEFA Champions League Final and the UEFA Euro 2016 Final.

Clattenburg took up refereeing in 1990 as part of The Duke of Edinburgh’s Award and became an assistant referee in the Northern League at the age of 18, later refereeing in that league.

He had served only one year as an assistant – a record shared with Steve Baines – but his promise led to quicker promotion. His debut Football League match (at the age of just 25 – a one-time post-War record) was between Chesterfield and York City on 12 August 2000, with Chesterfield winning 4–1.

Clattenburg was then fourth official for the 2001–02 Division Three play-off final and the 2002–03 FA Trophy final.

In the 2002–03 season, Clattenburg was chosen to referee two play-off semi-finals – the Division One first-leg 1–1 draw between Nottingham Forest and Sheffield United at the City Ground on 10 May 2003, and the Division Two second-leg home win by Queens Park Rangers over Oldham at Loftus Road on 14 May 2003, which put Rangers through to the final.

On 15 May 2004, he refereed the Division One play-off semi-final first leg between Ipswich and West Ham at Portman Road, which was won 1-0 by the home side.

He followed this with his appointment at Cardiff’s Millennium Stadium on 31 May 2004 for the Division Three play-off final contested by Mansfield and Huddersfield, which required a penalty shoot-out after the match finished 0–0 after extra time.

Also in 2004, he became a Select Group referee in the Premier League, and his debut match at this level was the 3–1 away win by Everton against Crystal Palace on 21 August of the same year.

Clattenburg became a FIFA referee in 2006, at the age of 30, two years after turning professional.

He refereed Alan Shearer’s testimonial match on 11 May 2006; he is a Newcastle United fan, and therefore does not referee competitive games involving Newcastle.

On 9 September 2006, he took charge of a qualifying match for the 2007 UEFA Under-17s Championship at the Gradski Stadium in Skopje between Macedonia and Denmark; the away side winning 3–0.