Former Kano Pillars goalpoacher Bello Kofarmata pounced on a loose ball eight minutes from start to put the hosts in front, plus a Mathias Samuel brace before the interval that cemented victory to hand the Borno Army their fourth win of the season and 17th consecutive home win.

Bosso believes that his wards will soon transform their home superiority on the road.

“We are building a mentality that is capable of stabilizing the strength of the squad and this can be exercised anywhere in the near future.

“My happiness is that my team are averagely young to compete with any of the teams in the top flight. We have displayed the quality expected of a strong side. In Rivers, they felt our presence, same as Enugu where we battled the champions until the last minute and even in other venues. At least we are not disgraced away from home.

“The Nigeria Professional Football League has standard teams that can stand the challenge of any big league globally. The competition has taken a different twist this season, compared to what happened last term, with emerging talents and experienced coaches now on the scene. That is why you see some of the big teams like Rangers International, Rivers United, Wikki Tourists and so many others struggling to cope, not because they lack the technicalities. Perhaps the average teams are on a speedy rise.

“That is the kind of league where Elkanemi Warriors are keeping their home record strong and on a winning run. It is some thing to go down the history book, because I personally believe that no other club in the Nigerian top flight has achieved a similar feat like we did in the last 10 months. 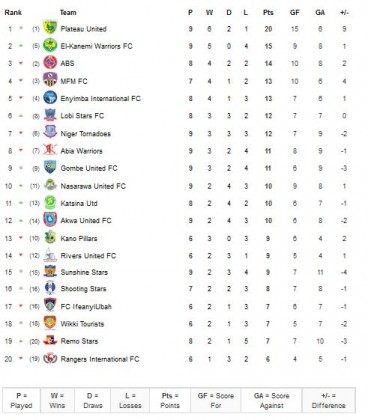 “I congratulate my boys and encourage them to kick start the road surprises against Abia Warriors ,” said Bosso to npfl.ng.

Bosso concluded that his technical bench are already working out strategies towards earning at least a point in their next outing.

“If we can’t win, then one point should be a valid result. The fans and management are clamouring for it, we should give it to them,” Bosso said.