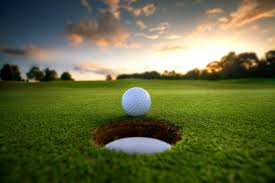 The News Agency of Nigeria (NAN) reports that the FCT Classic which teed off on Friday climaxed with the final round on Sunday.

It was the season opening event of the 2017 West Africa Golf Tour (WAGT) and featured professional golfers from Nigeria, Ghana, Cameroon and Zimbabwe.

tournament also marked the first anniversary of the tour which was launched in February 2016 in Abuja.

Overnight leader Nlareb, having an 11-shot lead going into the last round, played a very conservative round making only two birdies in his score of 76 to give him a total of 221 (+5).

Nlareb who was the winner of the 2016 Gabon Open was closely followed by Victor Mapwanya from Zimbabwe who made a valiant effort to close the gap but only finished second.

Mapwanya played some attacking golf, shooting a very credible one under par 71 which included 3 birdies and 2 drop shots to reduce the deficit to 6 shots.

Cameroon’s Nji Priestly shot a third round 73 to finish in third position.