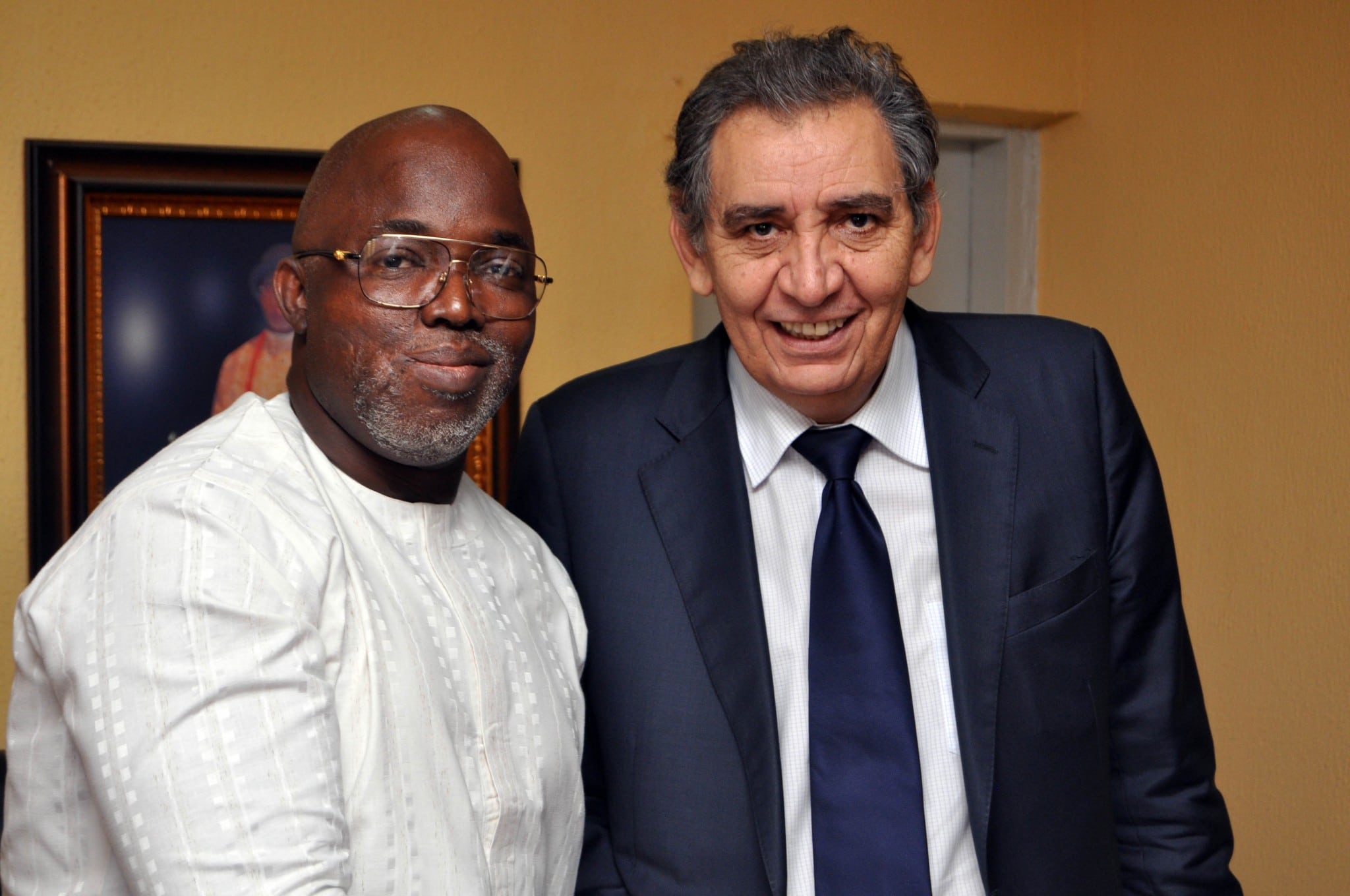 The Ambassador of the Kingdom of Morocco to Nigeria, His Excellency Moha-ouali Tagma on Tuesday sought for stronger ties between the football ruling bodies of his country and Nigeria, during a courtesy visit to NFF President Amaju Pinnick in Abuja.

Ambassador Tagma, accompanied by deputy head of mission Abdellatif Jihaoui, expressed their conviction that stronger ties would benefit both countries that are continental powers in the game of football.

“Morocco and Nigeria already have very good relations in several areas of endeavor, and we believe that both countries have quality football Leagues that can become even stronger with shared templates and ideas.

“Personally, I am a football fan, and I cannot forget that outstanding Nigeria team of 1994. I believe the Moroccan League, which boasts of players from a number of countries in sub-Saharan Africa, can do with players from Nigeria.”

“Morocco, just like Nigeria, is a proud football nation and has produced a number of legends in the African game. The country has a very professional FA and a strong League, and it has excellent facilities to host major competitions.

“We are interested in better co-operation and collaboration with the FRMF.”

The NFF President and the 2nd Vice Pesident/LMC Chairman Shehu Dikko are due in Morocco next Monday on invitation to peruse possible areas of further collaboration.