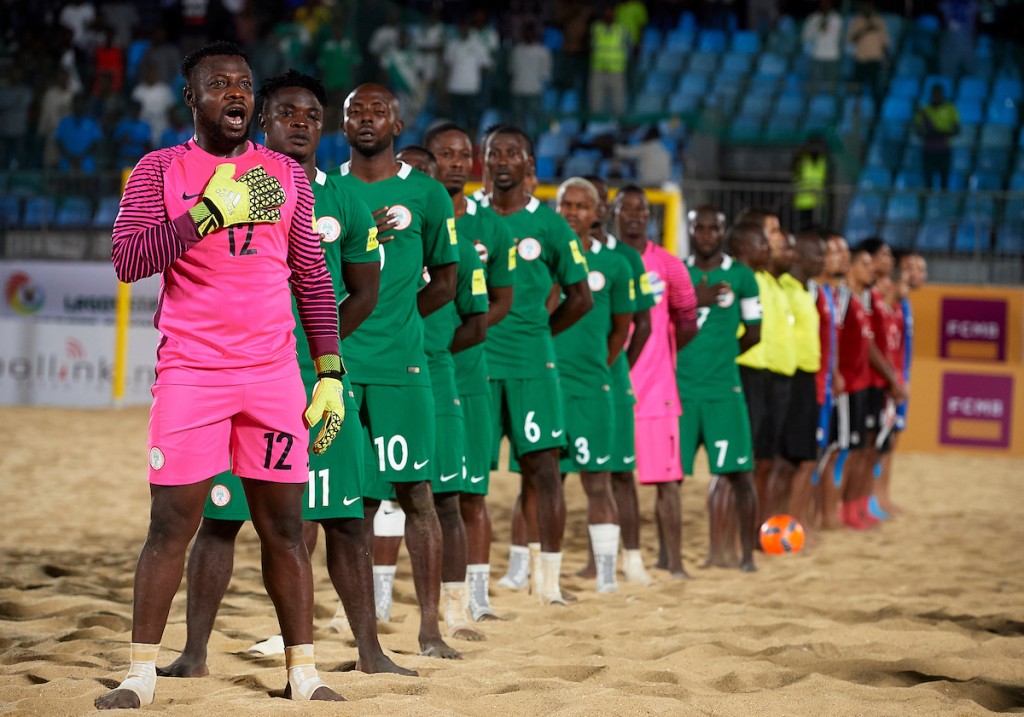 For a man who prefers the 11-a-side version to the five-man game, Isiaka Olawale has achieved quite a lot in beach soccer. In a few weeks, the 33-year-old will captain Nigeria at the FIFA Beach Soccer World Cup Bahamas 2017 . In an interview with FIFA.com, the Nigerian looks forward to the tournament. 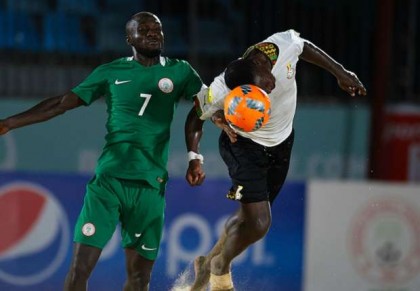 “For the qualifying tournament this time around, we recalled some of the older players. As captain of the team, I spoke to the players and told them this is a great opportunity. The African championships were in our country, so we had a lot of advantages.”

As hosts, the Super Sand Eagles were seeded into Group A, where they faced Côte d’Ivoire, Egypt and Ghana. “This was not an easy group,” Olawale said. “Côte d’Ivoire and Egypt are regularly in the semi-finals and Ghana is not a bad team either. But we wanted to avoid facing Senegal again, so we thought that we had to win our group.”

Although they lost their second group match on penalties to rivals Cote d’Ivoire, they benefited from the West African’s defeat against Egypt in their final game, thus giving Nigeria top place and a semi-final match-up against Morocco. A comfortable 6-1 win saw them through to the final, but more importantly, it also gave them a place at the world finals in the Bahamas. Although they lost the championship match to Senegal, they had achieved their main goal.

Bound for the Bahamas
Nigeria will be playing in Group B at the global event, which takes place at the end of April and beginning of May in the Bahamas. They will be challenging Iran, Italy and Mexico for a place in the knockout stages.

“All the teams we will be facing are very, very good teams,” Olawale said. “However, and I say that with the utmost of respect to our opponents, we don’t have to overestimate anybody.

“We will take each match as it comes. But we will try our very best. We have to be at our best if we want to make it through to the next round. We have faced some of the teams before and we know that any team that has qualified for the World Cup deserves to be there.”

Bahamas 2017 will be the fourth time that Olawale competes in the showpiece event of beach soccer, having been in the Nigerian team at the 2007 finals in Brazil, the 2009 edition in the United Arab Emirates and the last time the Super Sand Eagles made it through in 2011, when Italy hosted the tournament.

Like many other beach soccer players, Olawale started out in the traditional game, but unlike many others, he still competes at the highest level, turning out for El Kanemi Warriors in the Nigerian top flight.

“When I was playing for WA Tlemcen in Algeria, we would often train on the beach and I realised I was good at it,” he said. “When I returned to Nigeria in 2006, I was asked to join the national beach soccer team and it was an opportunity I was not going to miss, even though my heart is with 11-a-side game.”

Super Eagles aspirations
But it was not only on the beach that he had an opportunity to represent his country, as he was also capped by the Super Eagles. “When Berti Vogts was coach, he called me up and I played a few games for Nigeria,” Olawale said. “I have not given up playing for them again, but I have to be realistic. There are many good Nigerian midfielders and it will not be easy for me to get into the side.”

Olawale joined Warriors last year, but was restricted from playing for the club after his previous team Giwa FC ran into financial difficulties. “I did not want to risk anything, so I have only started playing a few weeks ago.”

Asked which form of the Beautiful Game he prefers, he hesitates, but only for a few seconds. “The game played on grass,” he said. “That drew me to the sport and that is what I prefer. But I am grateful for everything that I have been able to achieve through beach soccer.

“Playing beach soccer is very different from playing the other game. Beach soccer is so much more physical. You need to be a strong individual player to play beach soccer. In an 11-a-side game, if one of your team-mates is not doing well, he can still be carried along by the rest of the team.”