Continental campaigners Rangers International of Enugu had the chance to wrap up an interesting NPFL rescheduled Matchday 8 game but failed to take the lead from a rare last minute penalty, and allowed Bode Daniel’s last minute goal to give Shooting Stars their first win in eight games. Shooting Stars won 1-0.

The tough but highly entertaining midweek encounter was already heading for a goalless draw when goalkeeper Adamu Abubakar hacked down Rangers striker Aguda Godwin in the box with just a minute to full time.

Aguda however erred as he ballooned the penalty to deny his side full points which proved costly for the Flying Antelopes on the day. 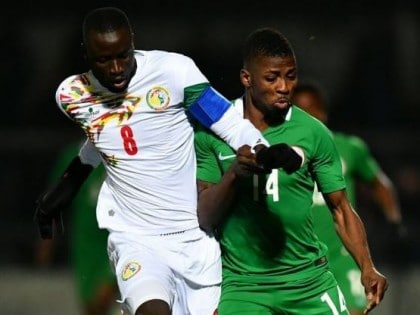 Adetoyi Opeyemi and Sylvanus Ebiaku’s individual brilliance put the homers in good stead as Shooting Stars reigned supreme with every kick throughout the first half.

But the superior firepower exhibited by the Oluyole Warriors did not yield any fruit as they squandered numerous gilt-edged chances one after the other.

Merenini Junior fluffed a clear opportunity when he failed to shoot in and allowed goalkeeper Itodo Akor to grab the ball deep in the first half.

Sunday Faleye had his turn but could not better Merenini from 12 yards out on three occasions.

Shooting Stars, without five of their rookies including Fawaz Otun, did have the better of proceedings before the penalty incident, but failed to create any clear-cut opportunity till end of the first stanza.

Despite a rather tepid attacking display, Rangers’ moment of inspiration proved to be the difference for the hosts especially in the second half.

Chiamaka Madu forced Adamu Abubakar into a superb save at the far post, then Adetoyi, Tolulope and Ayobami had swell times tossing the ball around the centre circle but failed to latch on the chances created to score from possible positions.

Despite the narrow loss in Ibadan, coach Imama Amapakabo of Rangers praised his Enugu Rangers for playing to instruction but blamed poor finishing for their loss.

“I’m pleased with my team’s performance because the players did so well against Shooting Stars. But we greatly suffered in Ibadan because we failed to utilise our chances, which played a big role in the result of today’s match,” the Rangers coach told npfl.ng in a post match conference. “We had a penalty in the last minute and wasted it. What better chance did we require in a competitive league like the NPFL?”

For Shooting Stars coach Fatai Amoo, the former U-23 team coach was short of words to express his joy after his wards won their first game in eight matches.

“I’m excited, very glad that we won today’s match. Rangers are a top team, they stretched us and nearly snatched victory late in the game. But we won at the end, I’m glad about this result and hope the outcome affects our next games positively,” he told npfl.ng.