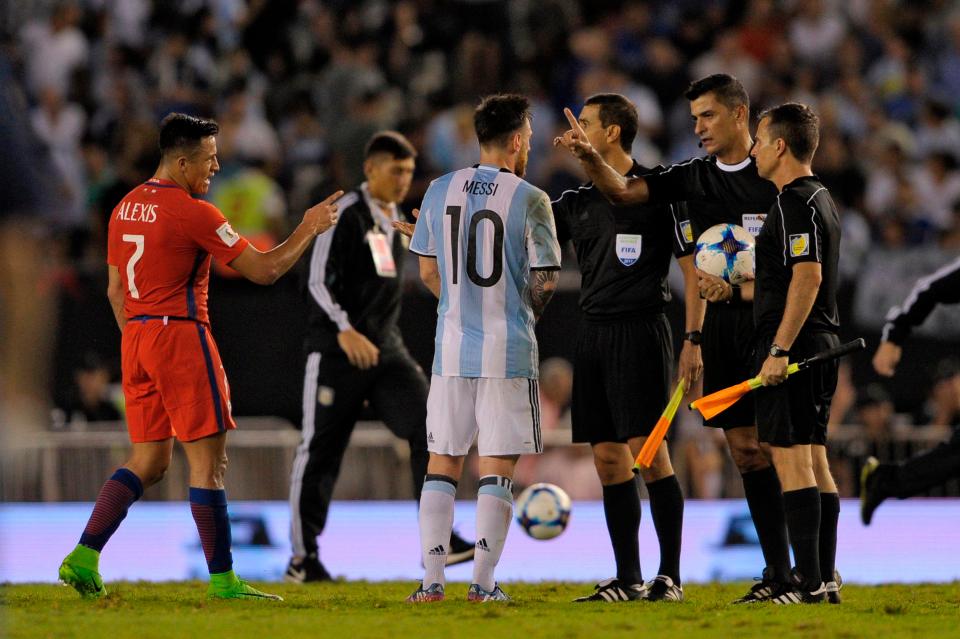 Victor Okoye, (Reuters/NAN): Argentina forward Lionel Messi has been banned from their next four competitive internationals starting with Tuesday’s 2018 FIFA World Cup qualifier away to Bolivia.

FIFA, the world football governing body, said on Tuesday that Messi was banned for “directing insulting words at an assistant referee” during Argentina’s 1-0 win over Chile on Friday.

FIFA said after the game in La Paz, the “remainder of the sanction will be served over Argentina’s subsequent World Cup qualifying matches”.

Messi, who scored the only goal in the qualifier, was angered when he was flagged for a foul, waving and shouting at the assistant in response.

The News Agency of Nigeria (NAN) reports that the 29-year-old FC Barcelona player was also fined £8,100 (about N4.5 million).

The ban came just five and a half hours before Argentina’s World Cup qualifier against Bolivia kicks off.

NAN reports that Argentina are third in South American qualifying, with the top four teams advancing to next summer’s finals in Russia.

There are five matches still to play in the qualifiers.