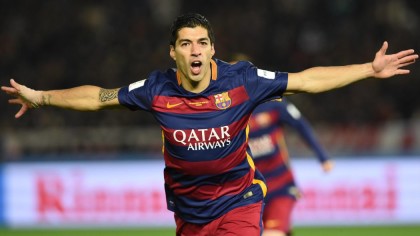 Ivan Rakitic’s deflected finish made it 3-1 before Neymar scored the fourth.

There was pressure on Luis Enrique’s side to deliver without the services of La Liga’s 25-goal leading scorer Messi, who was serving a one-match ban.

Real’s 3-0 win over Alaves earlier in the day meant Barca started the game five points behind the leaders.

Suarez hit the bar before opening the scoring with a fine finish after Guillermo Ochoa, who had denied the former Liverpool striker with two fine saves, came rushing off his line.

Granada are in the relegation zone, eight points from safety, yet they were given hope of a surprise result when substitute Boga slotted beyond Marc-Andre ter Stegen.

Alcacer, another substitute, restored Barca’s lead after a lob over the defence by Suarez before Agbo, on loan from Watford, was shown a second yellow card. 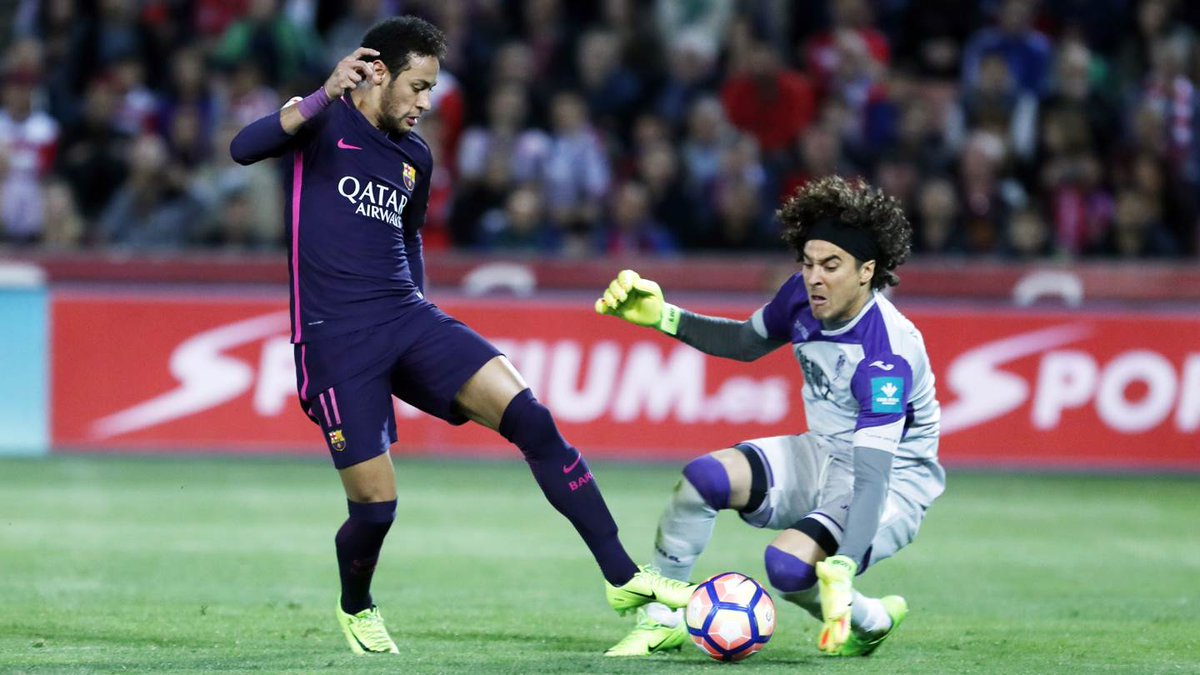 Barca, who lost midfielder Rafinha to an injury early in the game, made the extra man advantage count.

Rakitic’s shot was going wide before it took a deflection and found its way into the net before Neymar rounded off a highly satisfactory night for the visitors with a tap-in.(NAN)