A former Super Falcons goalkeeper, Anne Chiejine, says the future of women’s football in the country depends on adequate awareness to woo more girls into the game. 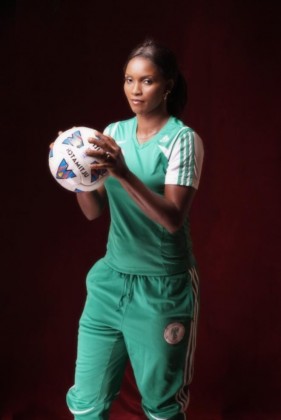 Chiejine made the remark in an interview with the News Agency of Nigeria (NAN) on Monday in Lagos.

The goalkeeper, who participated in the 1991 first inaugural Women World Cup in Beijing, China, said many parents still regard football as a masculine game, not for girls.

“This is because the number of girls showing interest in soccer is nothing compared to boys.

“And many girls believe that when they play ball they grow muscles, which will make them look ugly.

“As such, they feel they may not be able to get married and have children,’’ Chiejine told NAN.

“Some girls also believe they will miss something big in life when they play football, but the truth is they have so much to gain and have nothing to lose.

“We need more awareness to encourage these girls to come out, and the graph is gradually moving unlike what we used to have two years ago,’’ she added.

The goalkeeper appealed to parents to encourage and give necessary supports to their female children to combine education with football. (NAN)