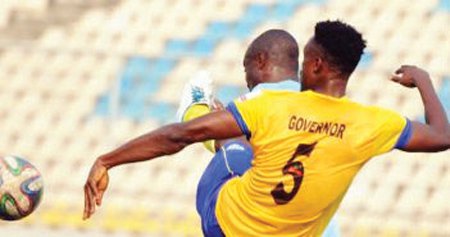 I am delighted to end our weeks of winless runs -Governor 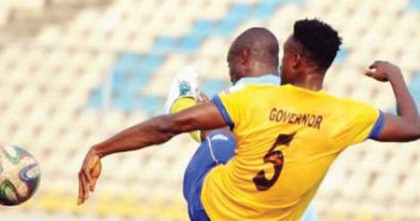 Governor told the News Agency of Nigeria (NAN), in Ilorin on Monday that the period the results were not coming was tough for him and his mates.

NAN recalls that Governor unleashed a powerful shot from 25 yards from a free kick to help the Saraki Boys beat visiting Nasarawa United FC of Lafia 1-0 in a Match Day 18 Nigeria Professional Football League (NPFL) fixture in Ilorin on Sunday.

“I am delighted to have scored a goal; I hope would restore confidence into the team again. We have been working very hard in training to turn things around.

“Another positive note for us is the fact that the result came with a good team in Nasarawa United.

“Solid Miners gave us a good fight and we really fought very hard to win on Sunday.

“I hope we can get going from here again because it has been a tough few weeks for us.

“Tough in the sense that we were used to winning when the league started and suddenly we were struggling to win.

“It is not because we are playing badly, we are actually playing good only that the results were not coming” Governor said.

The former Kogi United defender said the best was yet to come from him and promised the fans to expect plenty of good display. (NAN)